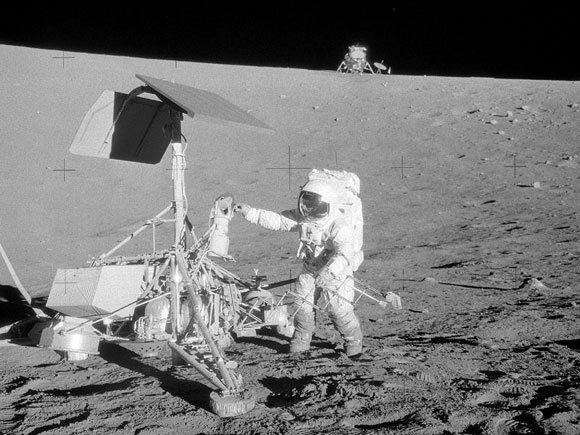 After Surveyor 1's initial studies of the lunar surface in 1966, Surveyor 3 made further inroads into preparations for human missions to the moon.

The moon lander, which was the second of the Surveyor series to make a soft landing on the moon, also gathered information on the lunar soil's radar reflectivity and thermal properties in addition to transmitting more than 6,000 photographs of its surroundings.