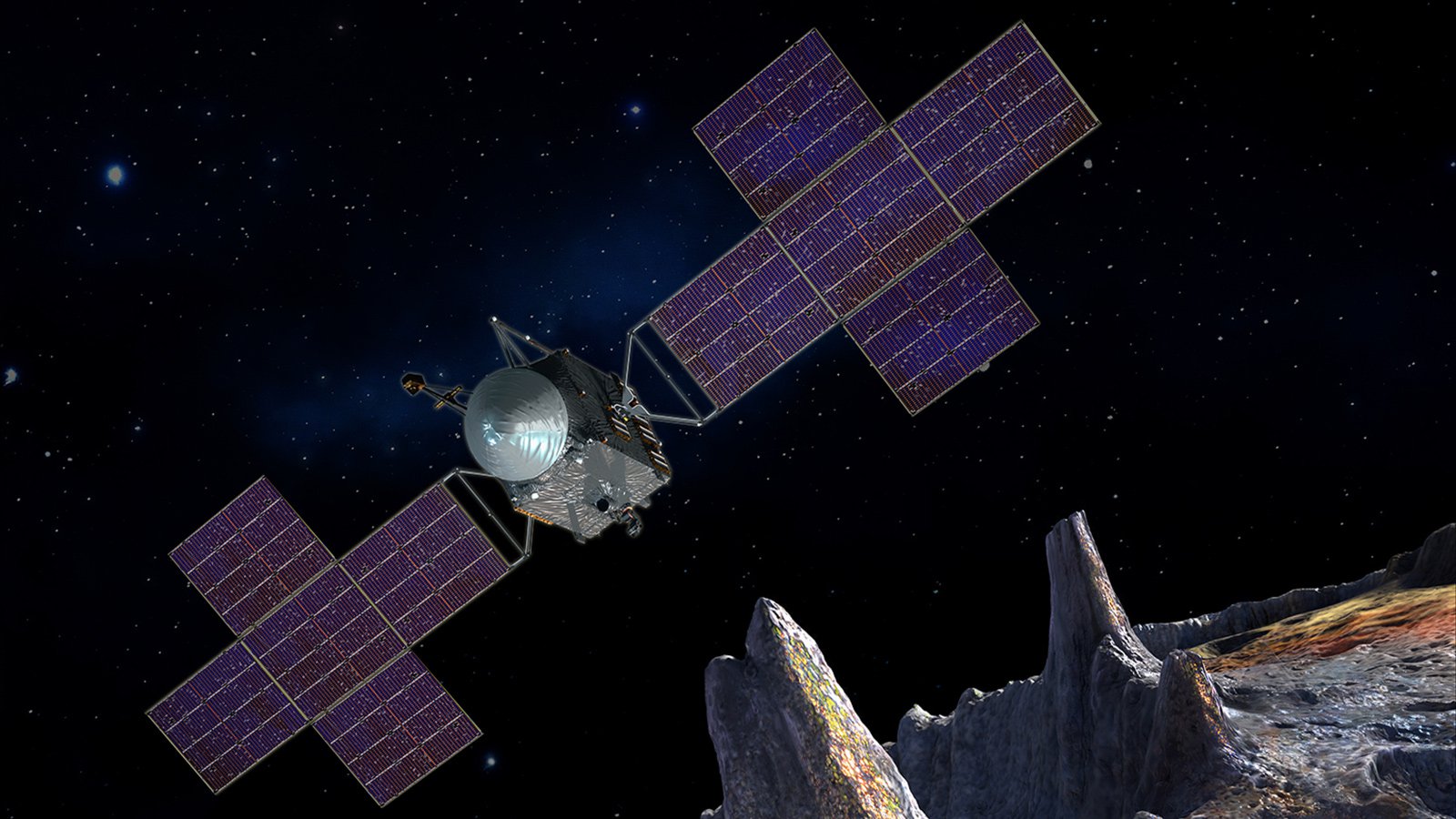 The Psyche mission is a journey to a unique metal-rich asteroid orbiting the Sun between Mars and Jupiter.

The Psyche mission is a journey to a unique metal-rich asteroid orbiting the Sun between Mars and Jupiter. What makes the asteroid Psyche unique is that it appears to be the exposed nickel-iron core of an early planet, one of the building blocks of our solar system.

Deep within rocky, terrestrial planets - including Earth - scientists infer the presence of metallic cores, but these lie unreachably far below the planets' rocky mantles and crusts. Because we cannot see or measure Earth's core directly, Psyche offers a unique window into the violent history of collisions and accretion that created terrestrial planets.

The mission is led by Arizona State University. NASA's Jet Propulsion Laboratory is responsible for mission management, operations and navigation. The spacecraft's solar-electric propulsion chassis will be built by Maxar (formerly SSL) with a payload that includes an imager, magnetometer, and a gamma-ray spectrometer.

For more information on the status of Psyche, visit NASA's Psyche Mission blog.

The Psyche mission will test a sophisticated new laser communication technology that encodes data in photons at near-infrared wavelengths (rather than radio waves) to communicate between a probe in deep space and Earth. Using light instead of radio allows the spacecraft to communicate more data in a given amount of time. The DSOC team is based at the Jet Propulsion Laboratory.