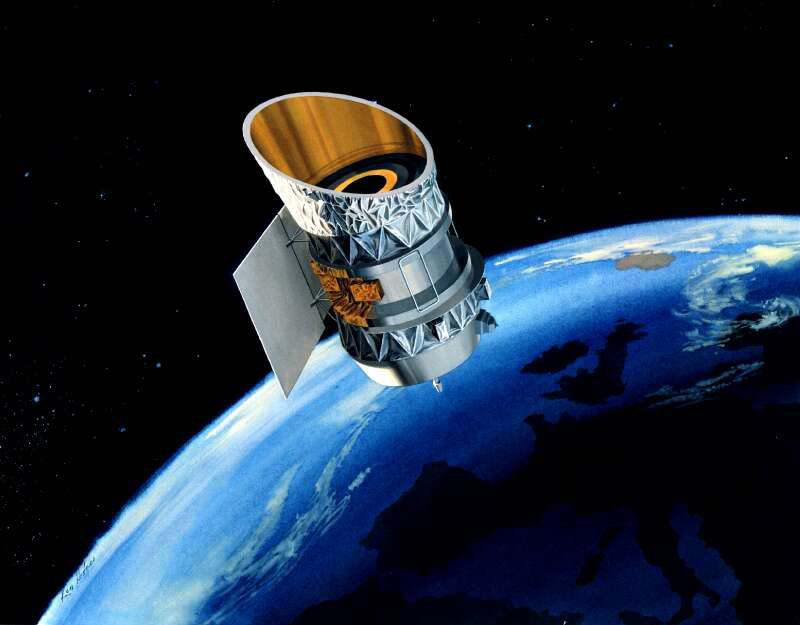 The Infrared Astronomical Satellite, or IRAS, was the first mission to put a telescope in space to survey the sky in infrared.

The Infrared Astronomical Satellite, or IRAS, was the first space telescope to study the sky in infrared light. Many infrared wavelengths are blocked by Earth’s atmosphere and therefore cannot be observed from the ground; the IRAS mission showed that the universe is rich in sources emitting those infrared wavelengths. IRAS detected about 350,000 infrared sources, increasing the total number of cataloged astronomical sources by about 70%. The mission made a number of unexpected discoveries, including: six new comets, evidence of dust grains around the stars Vega and Fomalhaut, which strongly suggested the existence of planetary systems around other stars. Because infrared light can penetrate dust and gas, even when visible light (the kind human eyes can detect) cannot, IRAS probed deeper into the core of our galaxy, the Milky Way, than any previous observatory.

The telescope was a joint project of NASA, the Netherlands Agency for Aerospace Programmes and the United Kingdom's Science and Engineering Research Council.