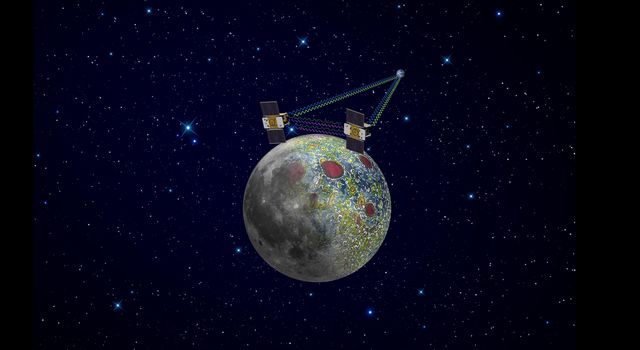 An award-winning mission that's changed the way we study Earth's gravitational forces and the Earth system, the Gravity Recovery and Climate Experiment, or GRACE, mission flew twin spacecraft in tandem around Earth to study key changes in the planet's waters, ice sheets and the solid Earth.

In 2011, the gravity measurement technique pioneered by GRACE, which works by measuring changes in the push and pull between the twin spacecraft as they orbit Earth, was put to use on NASA's twin GRAIL spacecraft embarking on an ambitious mission to study the gravitational forces of Earth's moon.

In more than 15 years of operations, the GRACE satellite mission revolutionized our view of how water moves and is stored on Earth.

GRACE measured changes in the local pull of gravity as water shifts around Earth due to changing seasons, weather and climate processes.

Among its innovations, GRACE has monitored the loss of ice mass from Earth's ice sheets, improved understanding of the processes responsible for sea level rise and ocean circulation, provided insights into where global groundwater resources may be shrinking or growing and where dry soils are contributing to drought, and monitored changes in the solid Earth.