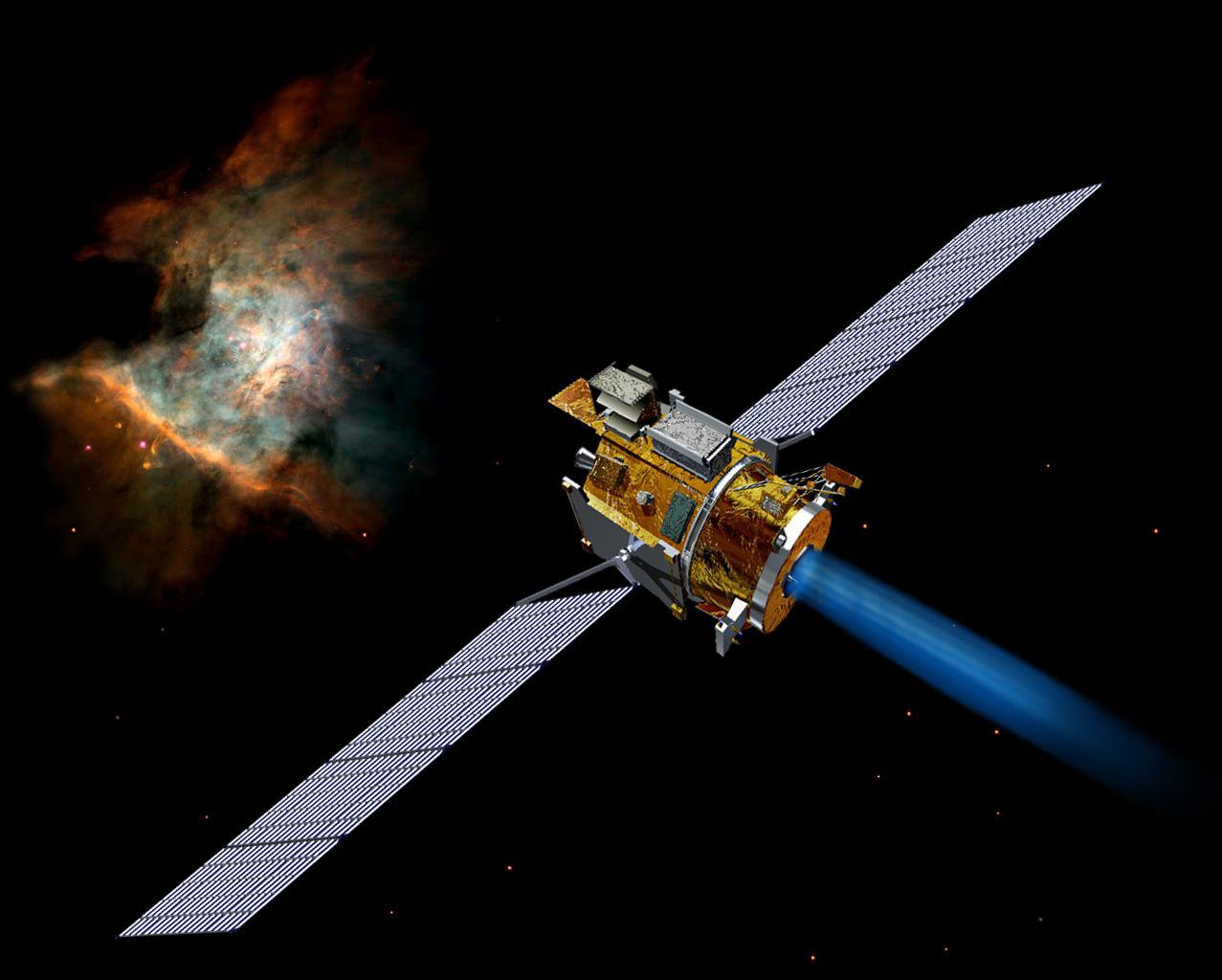 Originally designed to test a dozen new technologies including the use of an ion engine for spacecraft propulsion, Deep Space 1 far outstripped its primary mission goals by also successfully flying by the asteroid 9969 Braille and comet Borrelly.

Originally designed to test a dozen new technologies including the use of an ion engine for spacecraft propulsion, Deep Space 1 far outstripped its primary mission goals by also successfully flying by the asteroid 9969 Braille and comet Borrelly. The flybys produced what are still considered some of the best images and data ever collected from an up-close encounter with an asteroid or comet.

The success of Deep Space 1 set the stage for future ion-propelled spacecraft missions, especially those making the technically difficult journey to asteroids or comets, such as NASA's Dawn mission.

Deep Space 1 was the first interplanetary spacecraft to use an ion engine. Its successful missions to asteroid 9969 Braille and comet Borrelly using the revolutionary technology heralded a new age of ion-propelled spacecraft, such as NASA's Dawn, built for tricky flights to elusive space objects like comets and asteroids.

Having completed its technology testing within the first couple months after launch, Deep Space 1 makes a bonus flyby of the asteroid 9969 Braille, flying within about 17 miles (27 kilometers) of the object.

While embarking on a new journey to comet Borrelly, the spacecraft's star tracker used for determining its orientation in the zero gravity of space fails, nearly ending Deep Space 1's extended mission.

Engineers develop a new way to operate the Deep Space 1 spacecraft after the potentially mission-ending failure of its star tracker. Software is radioed to the probe using the camera on board to serve as a replacement navigational tool. The operation marks one of the most successful robotic space rescues in the history of space exploration.

Deep Space 1 approaches comet Borrelly, using all of its advanced science instruments to collect important data on the comet's environment and its icy, rocky nucleus. Despite the challenges faced by the spacecraft, it's able to snap the best up-close pictures of a comet to-date.
› Mission Website
› Launch Press Kit
› Asteroid Flyby Press Kit
› Fact Sheet