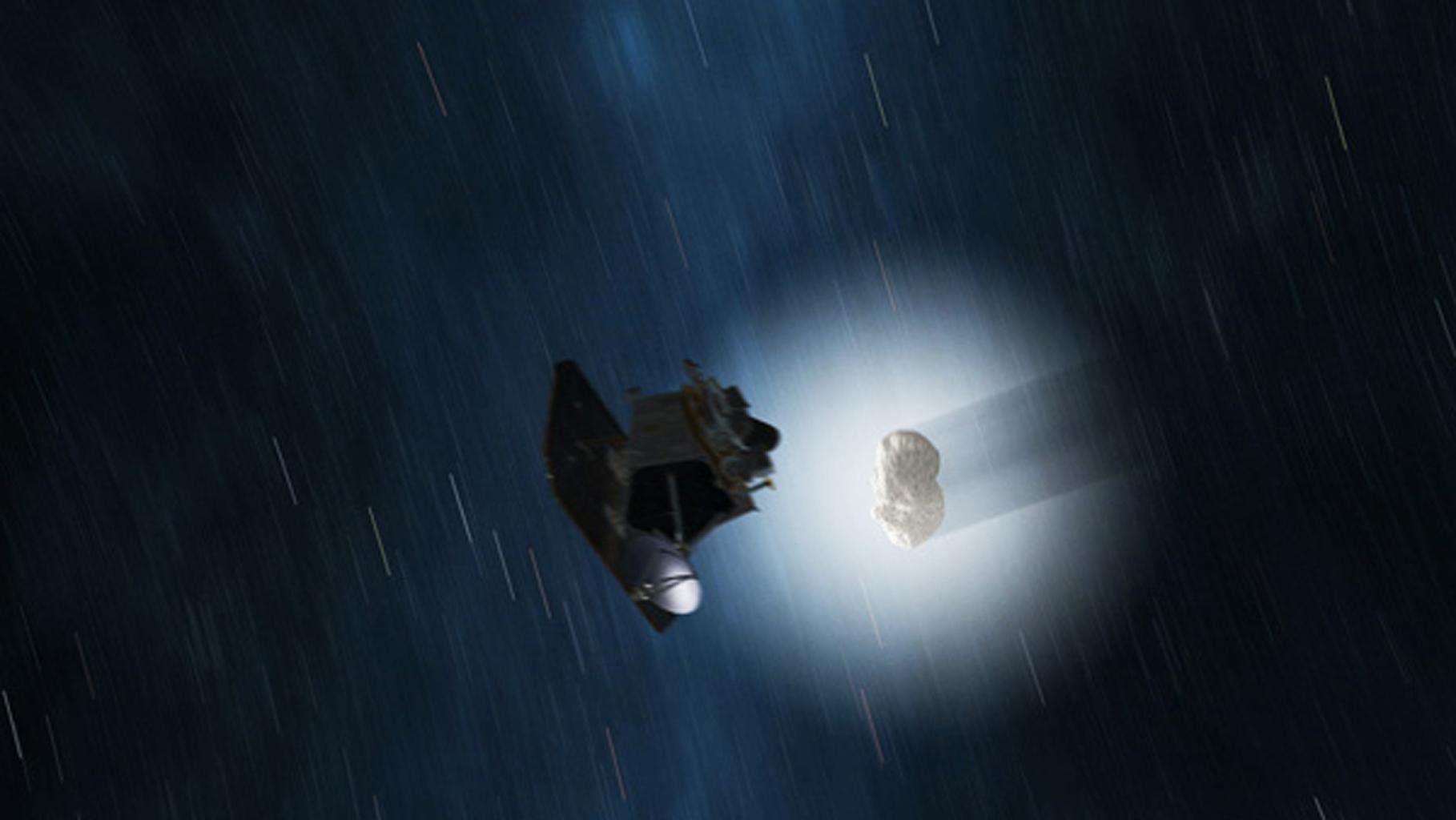 The EPOXI mission recycled the Deep Impact spacecraft, which had formerly visited comet Tempel 1, to visit a second comet, Hartley 2.

The EPOXI mission recycled the Deep Impact spacecraft, which had formerly visited comet Tempel 1, to visit a second comet, Hartley 2. The Nov. 4, 2010, flyby marked only the fifth time a comet had been visited by a spacecraft.

Images snapped by the spacecraft uncovered a number of new details about the hyperactive Hartley 2, including observable variations in the strength, behavior and composition of jets on the comet's surface.

November 2010: The EPOXI mission flyby reveals that comet Hartley 2's rocky ends spew out tons of golf-ball to basketball-size fluffy ice particles, while the smooth middle area is more like what was observed on comet Tempel 1 with water evaporating below the surface and percolating out through the dust.

June 2011: A science paper in the journal Science highlights some of the EPOXI mission's key findings. Including:

Strong activity in water release and carbon dioxide-powered jets does not occur equally in the different regions of Hartley 2.

Hartley 2 has an 'excited state of rotation' because it spins around one axis, but also tumbles around a different axis.

On its larger, rougher ends, the comet's surface is dotted with glittering blocks that can reach approximately 165 feet (50 meters) high and 260 feet (80 meters) wide. The block-like, shiny objects, some as big as one block long and 16 stories tall, appear to be two to three times more reflective than the surface average.

Commands from Earth awaken the Deep Impact spacecraft, instructing it to adjust its orbit toward comet Hartley 2.

The Deep Impact spacecraft, operating under the EPOXI mission to comet Hartley 2, aims its largest telescope toward five stars in search of alien (exosolar) planets.