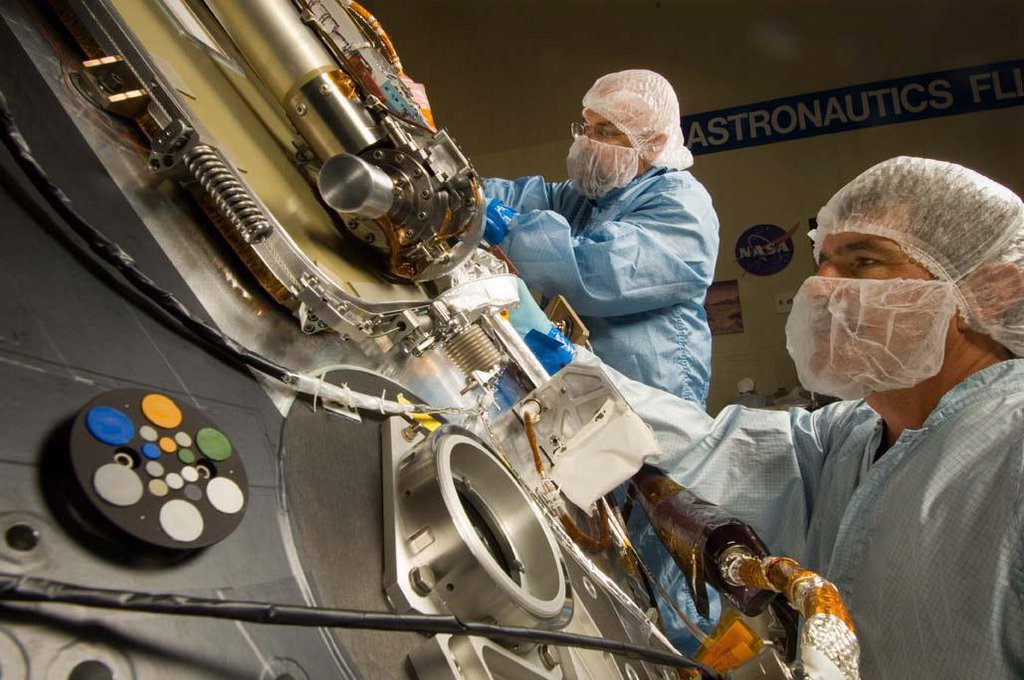 The spacecraft was built in a 100,000-class clean room near Denver under NASA's planetary protection practices to keep organics from being taken to Mars. The lander's robotic arm, built by the Jet Propulsion Laboratory, Pasadena, is seen at the top of the picture. The color and grey dots will be used to calibrate the spacecraft's Surface Stereoscopic Imager camera once the spacecraft has landed on the red planet.

The Phoenix mission is led by Principal Investigator Peter H. Smith of the University of Arizona, Tucson, with project management at NASA's Jet Propulsion Laboratory and development partnership with Lockheed Martin Space Systems. International contributions for Phoenix are provided by the Canadian Space Agency, the University of Neuchatel (Switzerland), the University of Copenhagen, and the Max Planck Institute in Germany. JPL is a division of the California Institute of Technology in Pasadena.