What Lies Beneath: Close Up View (Artist's Concept) 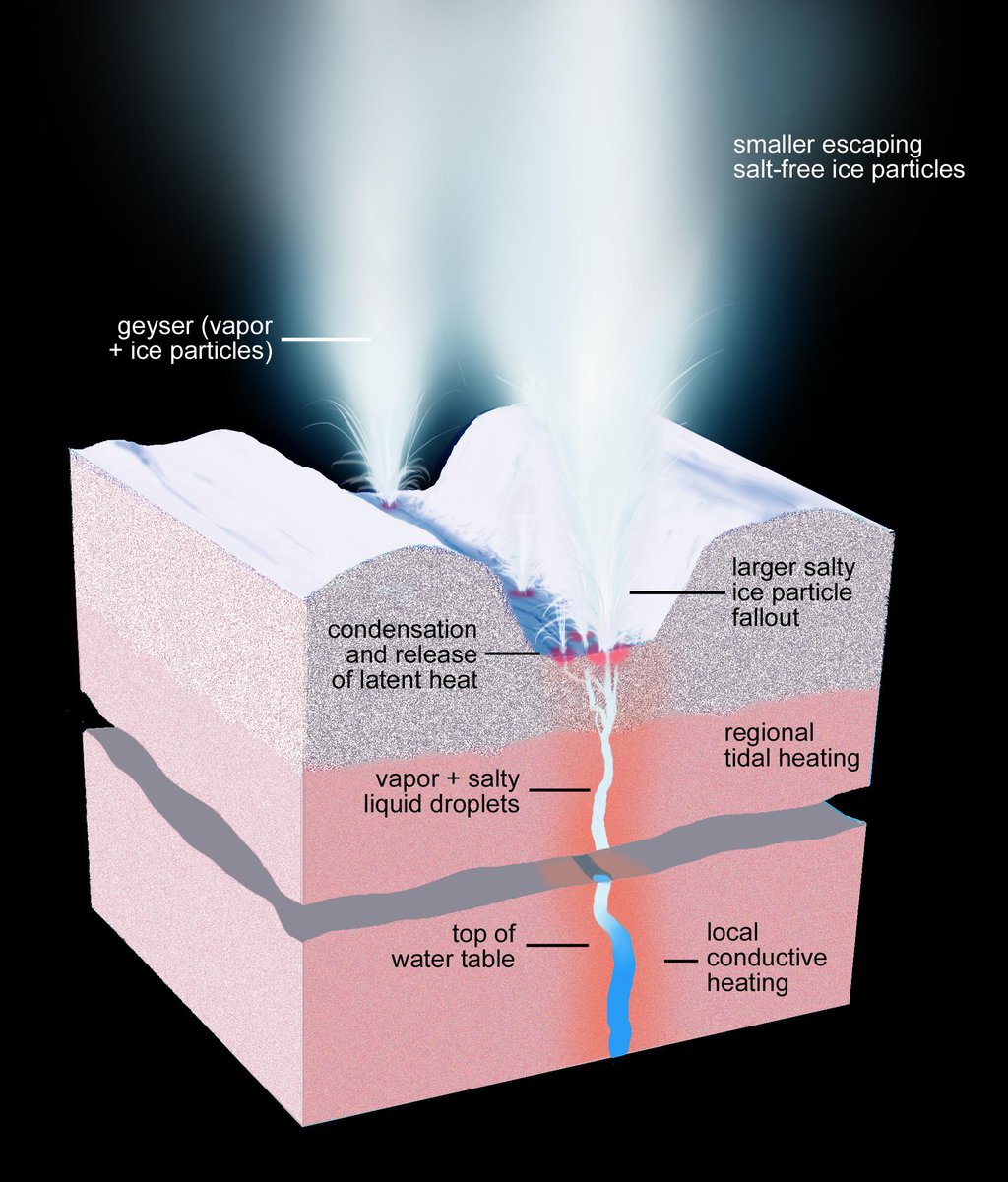 This artist's rendering shows a cross-section of the ice shell immediately beneath one of Enceladus' geyser-active fractures, illustrating the physical and thermal structure and the processes ongoing below and at the surface. Narrow cracks extend upward from the sub-surface sea all the way to the surface, through both ductile and brittle layers of the ice shell (see PIA17190). Liquid water under pressure fills the cracks, keeping them open even through the ductile layer and providing a conduit for vapor and sea water to reach the near-surface. Other processes, such as volatile exsolution of gases, can drive vapor and water droplets all the way to the surface, forming geysers and condensing close to the surface, depositing latent heat. This heat is observed by Cassini's long-wavelength infrared instruments as the small-scale hot spots (dozens of feet, or tens of meters, in size) surrounding each geyser.

The subsurface regions immediately surrounding the cracks bearing water and vapor are expected to be warm. Regional heating from tidal flexing is also expected to be present, but is so far undetected.

The illustration presents important new details of the geysering process as reported in a paper by Porco, DiNino, and Nimmo, and published in the online version of the Astronomical Journal in July 2014: http://dx.doi.org/10.1088/0004-6256/148/3/45.