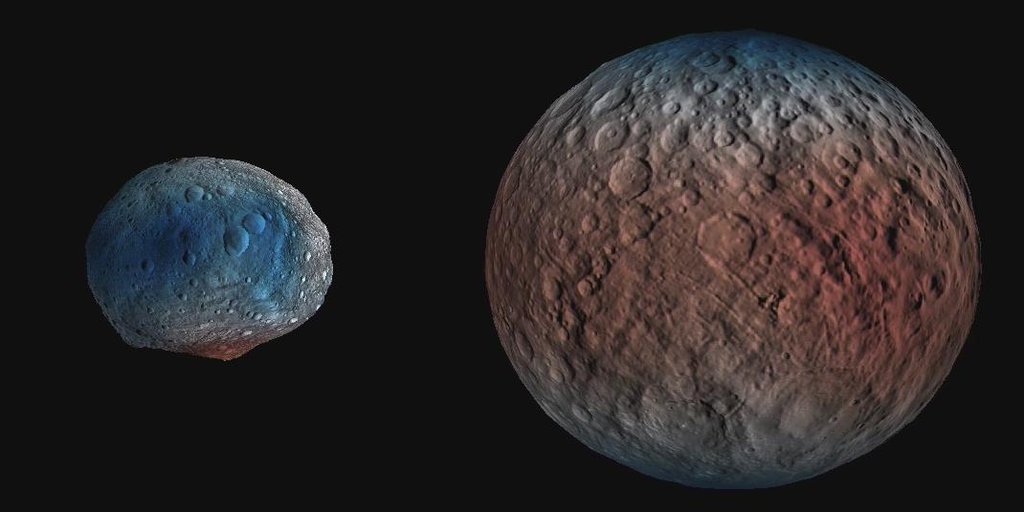 This animation (Figure 1) shows dwarf planet Ceres overlaid with the concentration of hydrogen determined from data acquired by the gamma ray and neutron detector (GRaND) instrument aboard NASA's Dawn spacecraft. The hydrogen is in the upper yard (or meter) of regolith, the loose surface material on Ceres.

A second animation (Figure 2) compares the hydrogen content of Ceres' regolith with that of the giant asteroid Vesta, which Dawn orbited from 2011 to 2012. These data show Vesta is a much drier world, with a much lower percent of hydrogen in its regolith. Both maps were produced from data acquired by GRaND.