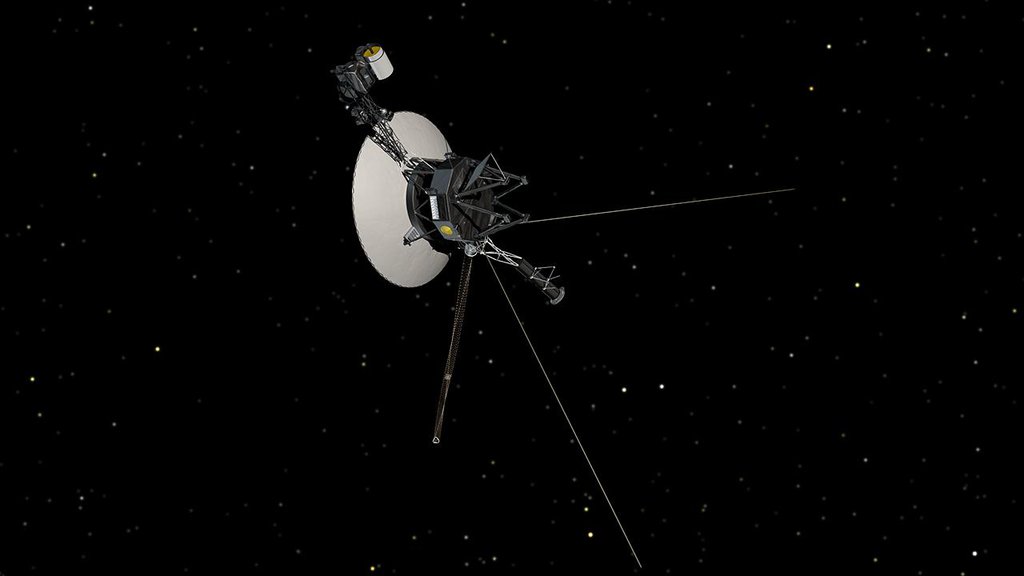 This artist's concept shows NASA's Voyager spacecraft against a backdrop of stars.