View Back at Record-Setting Drive by Opportunity 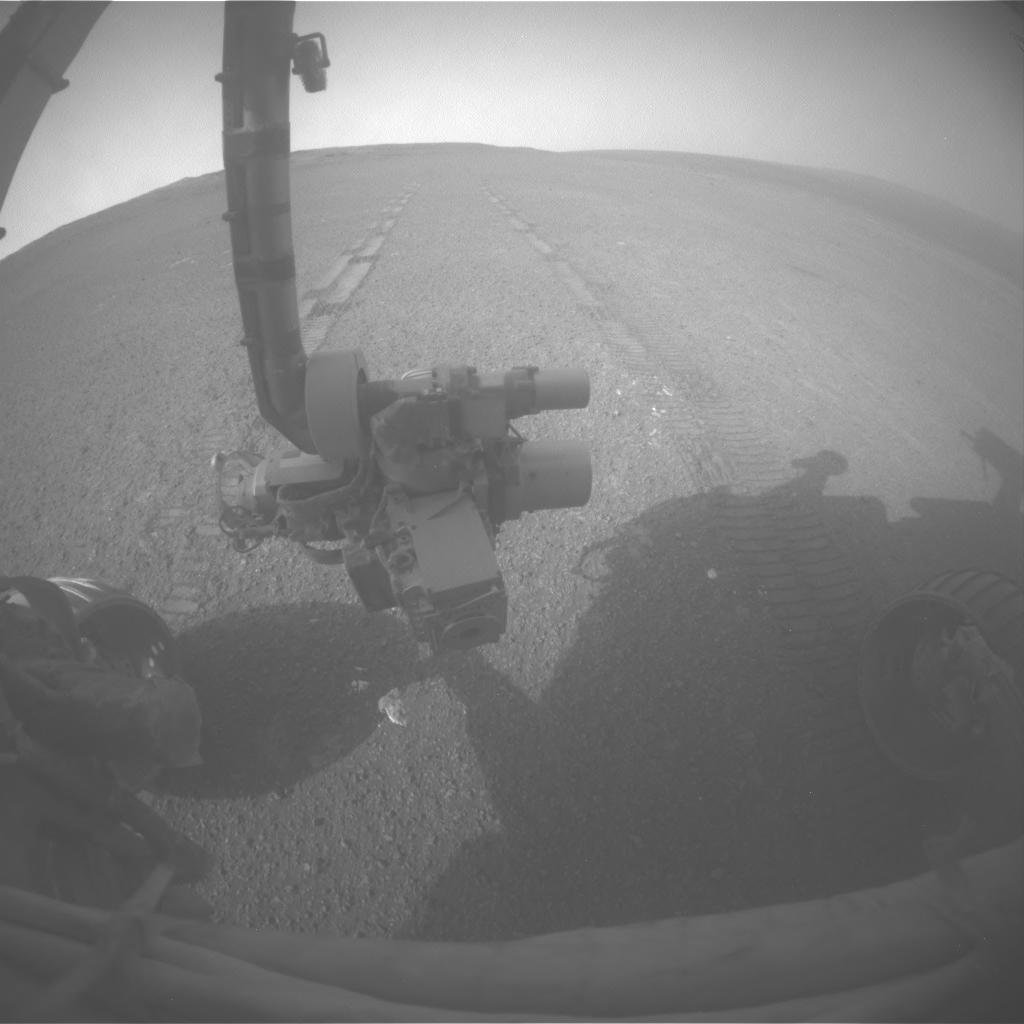 On the 3,309th Martian day, or sol, of its mission on Mars (May 15, 2013) NASA's Mars Exploration Rover Opportunity drove 263 feet (80 meters) southward along the western rim of Endeavour Crater. That drive put the total distance driven by Opportunity since the rover's January 2004 landing on Mars at 22.220 miles (35.760 kilometers. The Sol 3309 drive took the rover past the previous odometry record for a NASA vehicle driving on a world other than Earth, the mark of 22.210 miles (35.744 kilometers) set by the astronaut-driven Lunar Roving Vehicle of the Apollo 17 mission to Earth's moon in December 1972.

This image was taken by Opportunity's front hazard-avoidance camera after the Sol 3309 drive, looking back at the tracks produced while the rover was driving in reverse, as it often does. For scale, the distance between the parallel tracks is about 3.3 feet (1 meter).