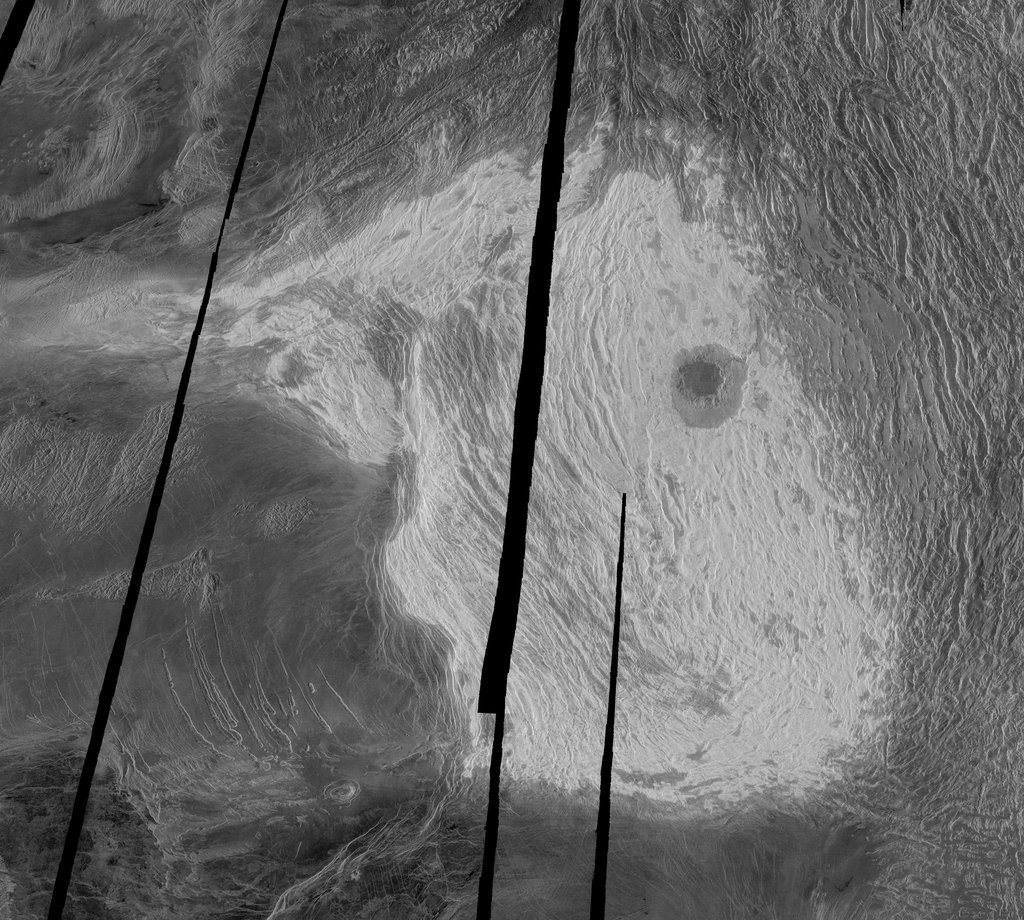 This Magellan full-resolution image shows Maxwell Montes, and is centered at 65 degrees north latitude and 6 degrees east longitude. Maxwell is the highest mountain on Venus, rising almost 11 kilometers (6.8 miles) above mean planetary radius. The western slopes (on the left) are very steep, whereas the eastern slopes descend gradually into Fortuna Tessera. The broad ridges and valleys making up Maxwell and Fortuna suggest that the topography resulted from compression. Most of Maxwell Montes has a very bright radar return; such bright returns are common on Venus at high altitudes. This phenomenon is thought to result from the presence of a radar reflective mineral such as pyrite. Interestingly, the highest area on Maxwell is less bright than the surrounding slopes, suggesting that the phenomenon is limited to a particular elevation range. The pressure, temperature, and chemistry of the atmosphere vary with altitude; the material responsible for the bright return probably is only stable in a particular range of atmospheric conditions and therefore a particular elevation range. The prominent circular feature in eastern Maxwell is Cleopatra. Cleopatra is a double-ring impact basin about 100 kilometers (62 miles) in diameter and 2.5 kilometers (1.5 miles) deep. A steep-walled, winding channel a few kilometers wide breaks through the rough terrain surrounding the crater rim. A large amount of lava originating in Cleopatra flowed through this channel and filled valleys in Fortuna Tessera. Cleopatra is superimposed on the structures of Maxwell Montes and appears to be undeformed, indicating that Cleopatra is relatively young.