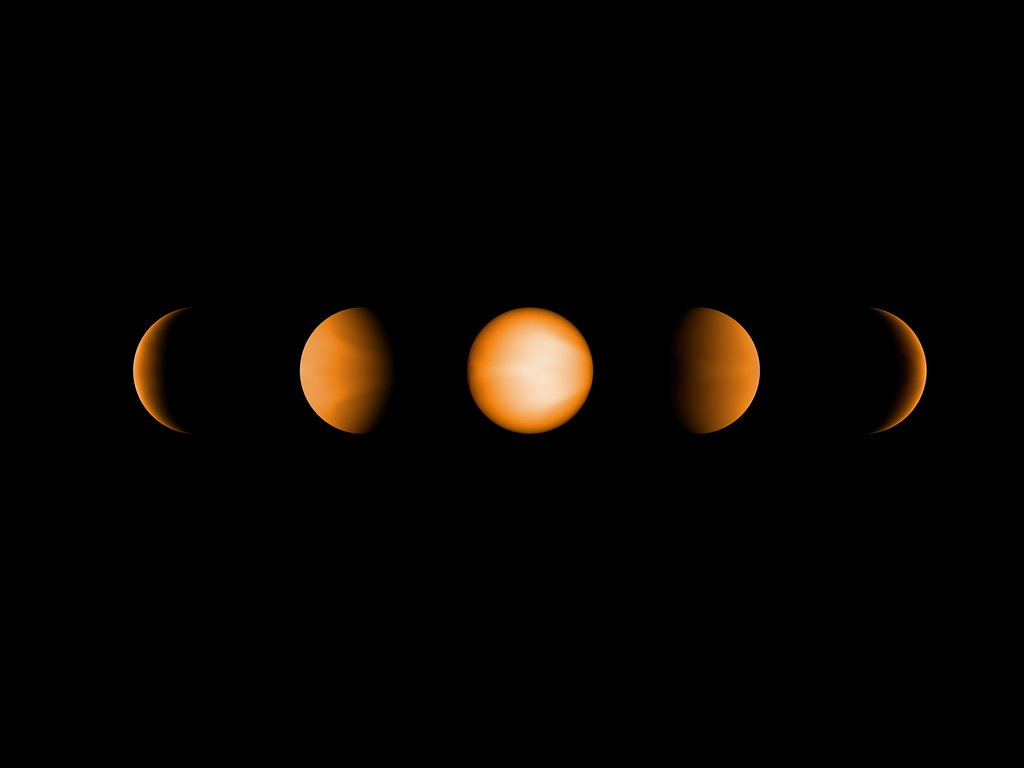 These simulated views of the ultrahot Jupiter WASP-121b show what the planet might look like to the human eye from five different vantage points, illuminated to different degrees by its parent star. The images were created using a computer simulation being used to help scientists understand the atmospheres of these ultra-hot planets. Ultrahot Jupiters reflect almost no light, rather like charcoal. However, the daysides of ultrahot Jupiters have temperatures of between 3600°F and 5400°F (2000°C and 3000°C), so the planets produce their own glow, like a hot ember. The orange color in this simulated image is thus from the planet's own heat. The computer model was based on observations of WASP-121b conducted using NASA's Spitzer and Hubble space telescopes.