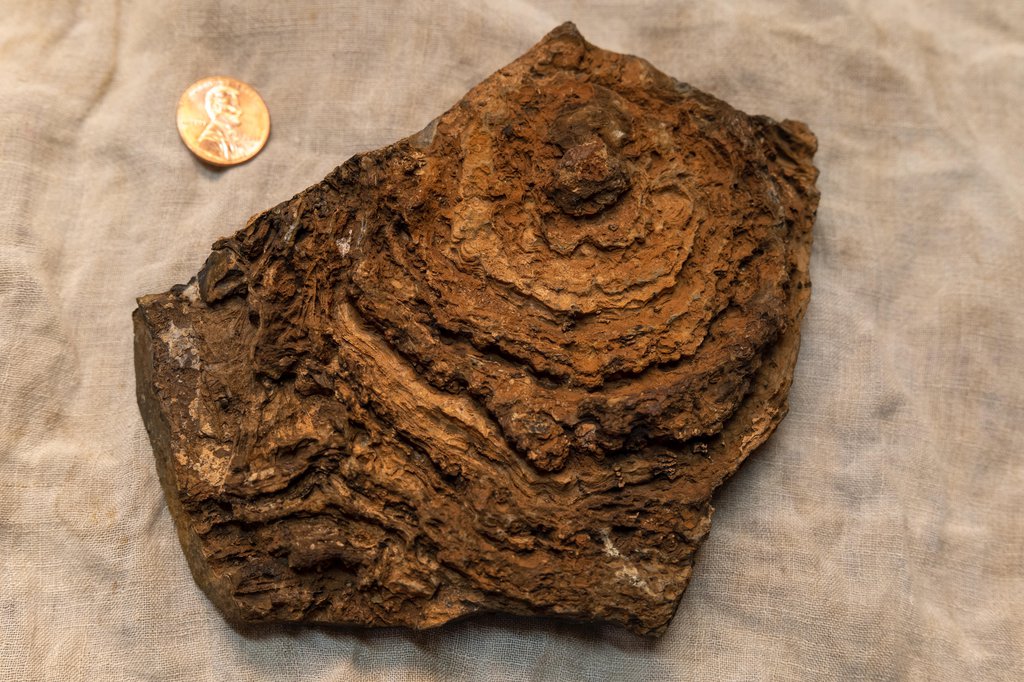 This image shows the finely layered internal structure of a stromatolite sample, with a U.S. penny for scale. This stromatolite formed about 2.7 billion years ago and was collected from an ancient lake environment preserved in the Tumbiana Formation, a succession of clastic and carbonate rocks outcropping along the southern margin of the Pilbara Craton in Western Australia. The view here is top down on what was once a dome that has been eroded flat, revealing the internal layering. Stromatolites form when communities of microorganisms organize into layered "microbial mats" that can trap and bind sediment or stimulate the precipitation of mineral grains from the water around them, both processes generating a kind of "living fossil." However, living stromatolites can rarely be found on Earth today. Stromatolite fossils are the dominant record of life for most of Earth's history prior to the appearance of complex, multicellular organisms. Scientists are seeking something similar to stromatolites in the dry lakebed Perseverance will be exploring on Mars.