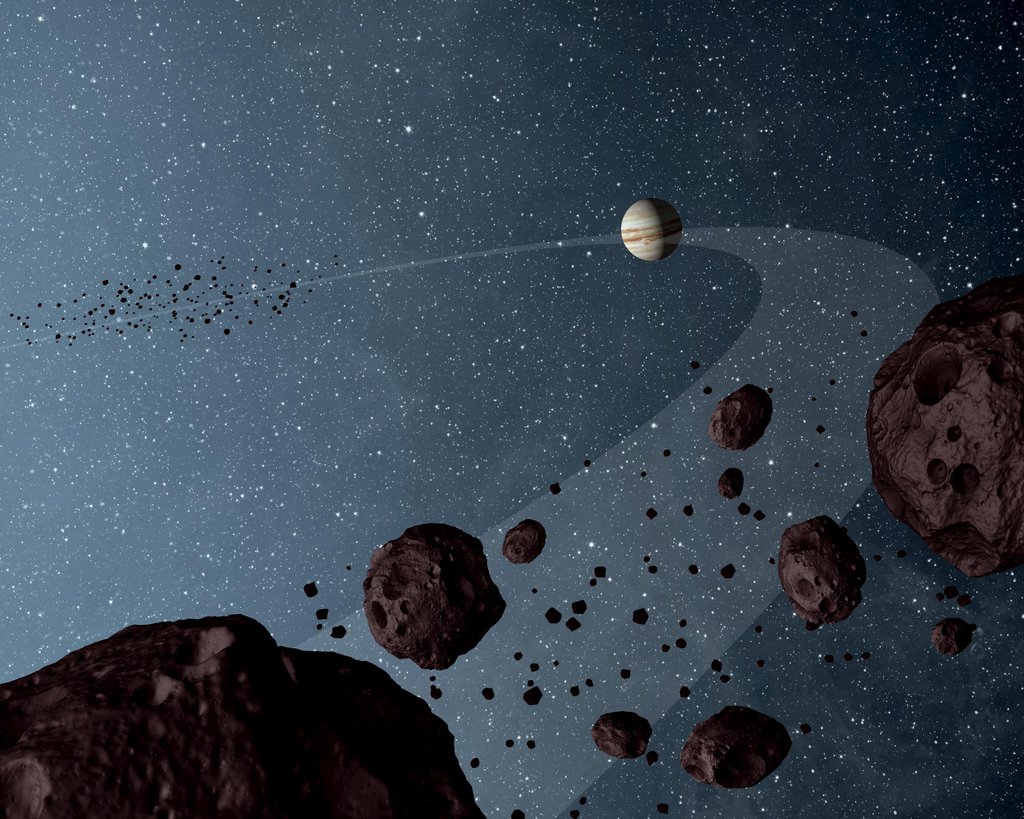 New results from NASA's Wide-field Infrared Explorer, or WISE, reveal that the Jovian Trojans -- asteroids that lap the sun in the same orbit as Jupiter -- are uniformly dark with a hint of burgundy color, and have matte surfaces that reflect little sunlight. The results are illustrated in this artist's concept, showing both the leading and trailing packs of Trojans in orbit with Jupiter. Observations from WISE also confirmed the previous suspicion that there are more asteroids in the leading pack of Trojans (seen in the distance) than the trailing bunch.

The results are helping astronomers fill in missing pieces of the ongoing Jupiter Trojan puzzle: how and when did these asteroids form?

The data for this research come from the asteroid-hunting portion of the WISE survey, called NEOWISE.