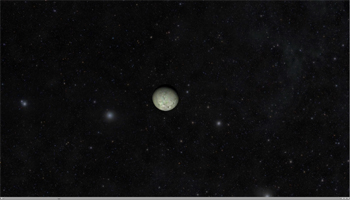 NASA's Voyager 2 spacecraft gave humanity its first glimpse of Neptune and its moon Triton in the summer of 1989. Like an old film, Voyager's historic footage of Triton has been "restored" and used to construct the best-ever global color map of that strange moon (See PIA18668). The map, produced by Dr. Paul Schenk, a scientist at the Lunar and Planetary Institute in Houston, has also been used to make this movie recreating that historic Voyager encounter, which took place 25 years ago, on August 25, 1989.