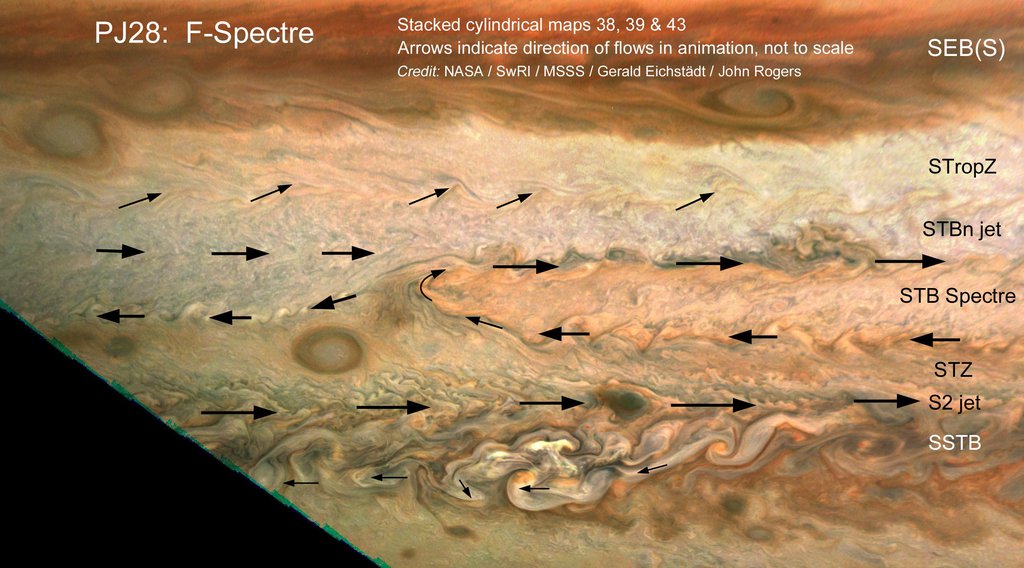 The motion of small clouds on Jupiter is used to determine wind direction (indicated with arrows) in this work by citizen scientists John Rogers and Gerald Eichstädt. Using multiple images to track the motion of clouds was enabled by the Juno spacecraft's slow departure from Jupiter's southern hemisphere on perijove pass 28, on July 25, 2020. Zonal winds are a well-known phenomenon on Jupiter, correlating with its familiar belts and zones. Within a latitudinal band there can be regional circulation, such as the South Temperate Belt (STB) Spectre shown in this image. The STB Spectre is cyclonic (winds rotating in clockwise direction), spread out in latitude but confined in longitude.