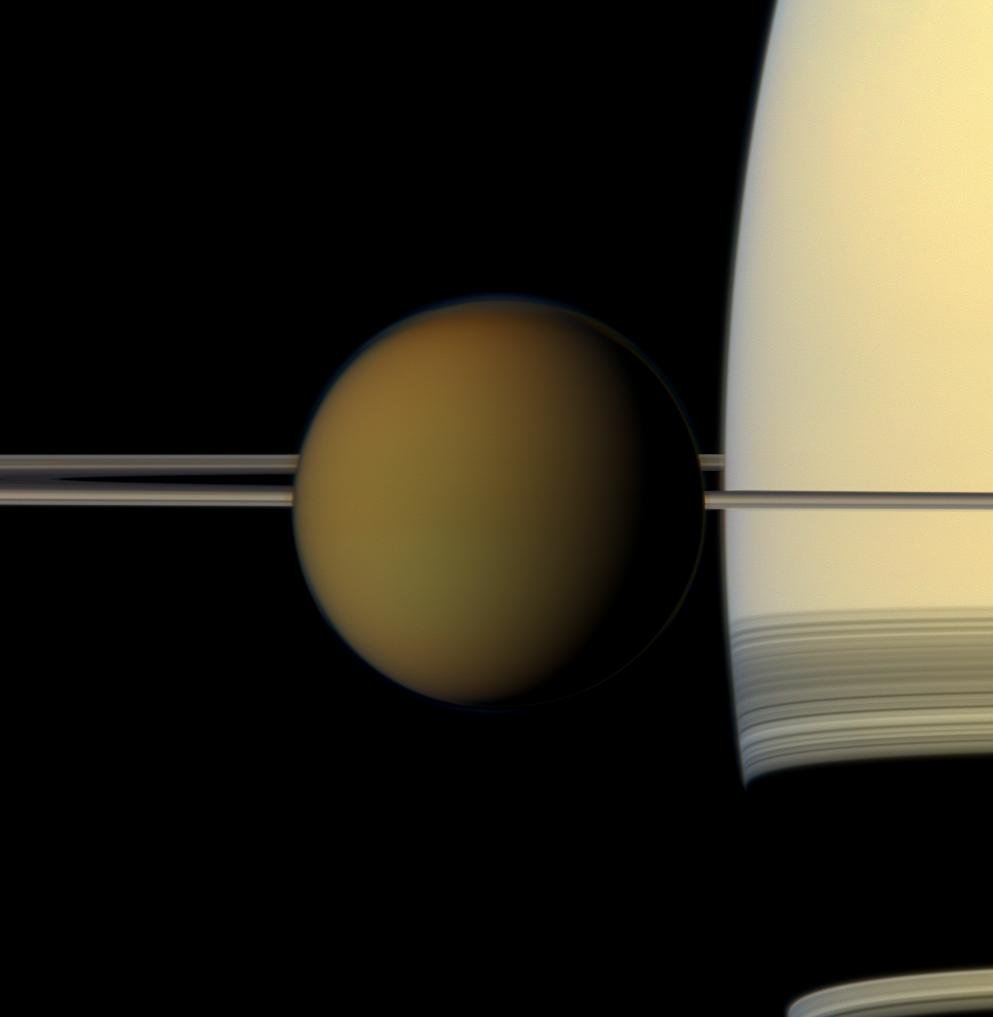 The colorful globe of Saturn's largest moon, Titan, passes in front of the planet and its rings in this true color snapshot from NASA's Cassini spacecraft.

The north polar hood can be seen on Titan (3,200 miles or 5,150 kilometers across) and appears as a detached layer at the top of the moon here. See PIA08137 and PIA09739 to learn more about Titan's atmosphere and the north polar hood.

This view looks toward the northern, sunlit side of the rings from just above the ring plane.

Images taken using red, green and blue spectral filters were combined to create this natural color view. The images were obtained with the Cassini spacecraft narrow-angle camera on May 21, 2011, at a distance of approximately 1.4 million miles (2.3 million kilometers) from Titan. Image scale is 9 miles (14 kilometers) per pixel on Titan.