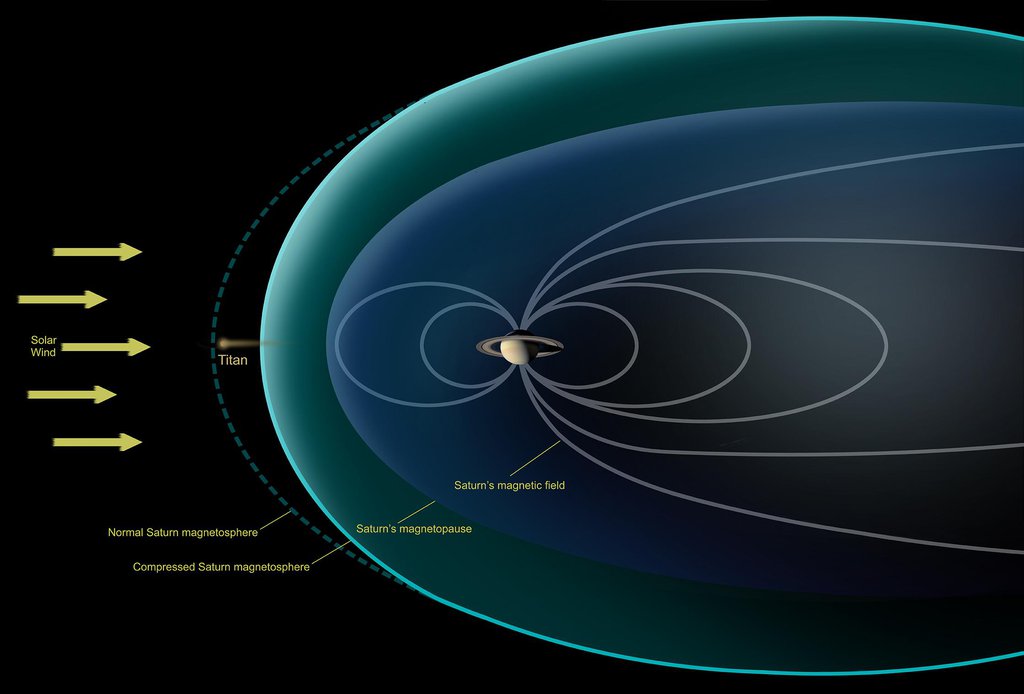 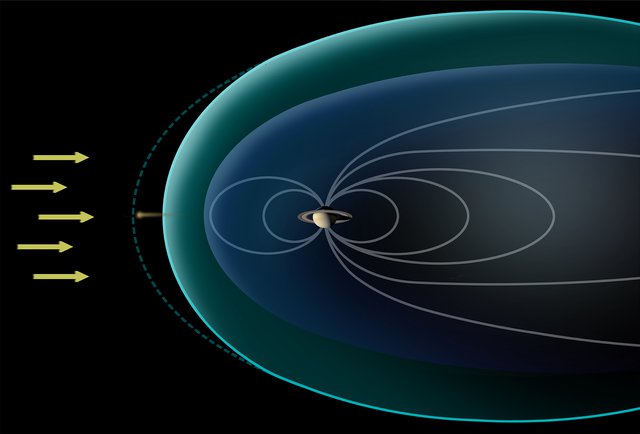 This diagram depicts conditions observed by NASA's Cassini spacecraft during a flyby in Dec. 2013, when Saturn's magnetosphere was highly compressed, exposing Titan to the full force of the solar wind. In analyzing data from the encounter, scientists with Cassini's magnetometer team observed that the giant moon interacted with the solar wind much like the planets Mars and Venus, or a comet -- none of which possess their own internal magnetic field. Specifically, they saw that the solar wind draped itself around Titan, creating a shockwave that formed around Titan where the full-force solar wind rammed into the moon's atmosphere.

Previously, researchers had thought Titan would have a different sort of interaction with the solar wind because of the moon's complex atmospheric chemistry.