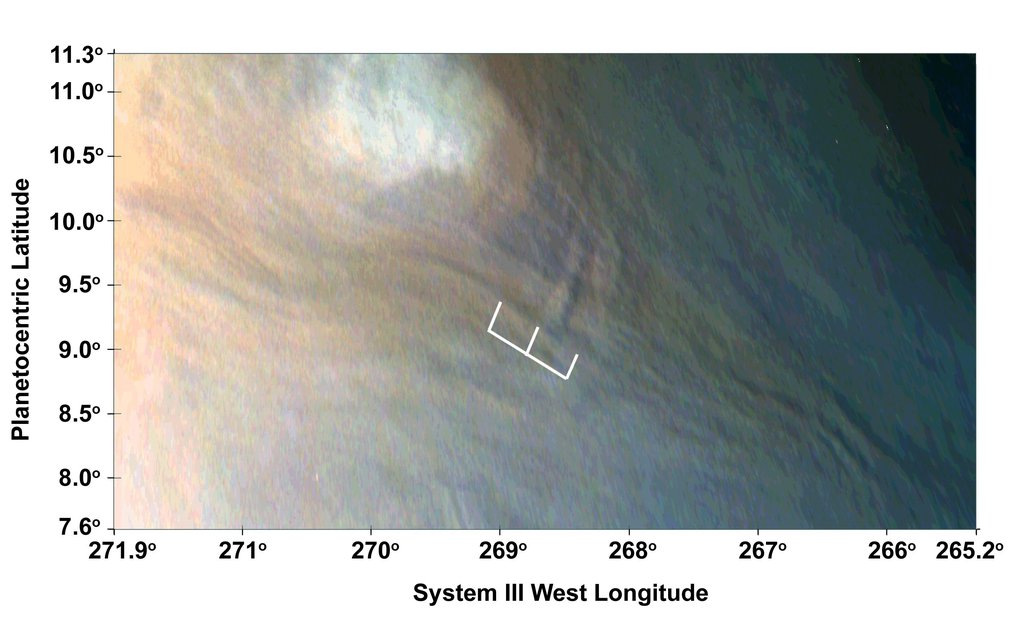 Three waves can be seen in this image, which is an excerpt of a JunoCam image taken on Feb. 2, 2017, during Juno's fourth flyby of Jupiter (perijove 4). The region imaged in this picture is part of the visibly dark band just north of Jupiter's equator known as the North Equatorial Belt. Most of this belt is characterized by downwelling motions, but during perijove 4 it had several bright areas of upwelling clouds.

One of those upwelling clouds appears to be accompanied by dark regions, which are most likely shadows. The shadow associated with the center of the three waves is about 25 miles (40 kilometers) long; from the angle of illumination, we can deduce that the shadowed part of the wave must be around 4 miles (7 kilometers) above the main cloud deck, with the peak of the wave probably close to 6 miles (10 kilometers) above the main cloud deck.