The Road Ahead for Perseverance 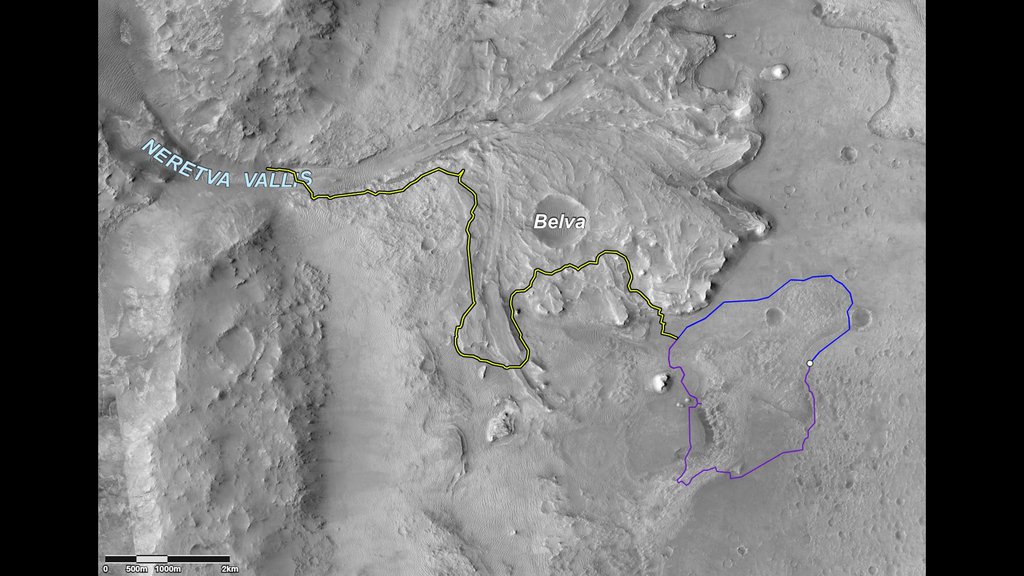 This image shows two possible routes (blue and purple) to the fan-shaped deposit of sediments known as a delta for NASA's Perseverance rover, which landed at the spot marked with a white dot in Mars' Jezero Crater. The yellow line marks a notional traverse exploring the delta. The base image is from the High Resolution Imaging Experiment (HiRISE) camera aboard NASA's Mars Reconnaissance Orbiter (MRO).