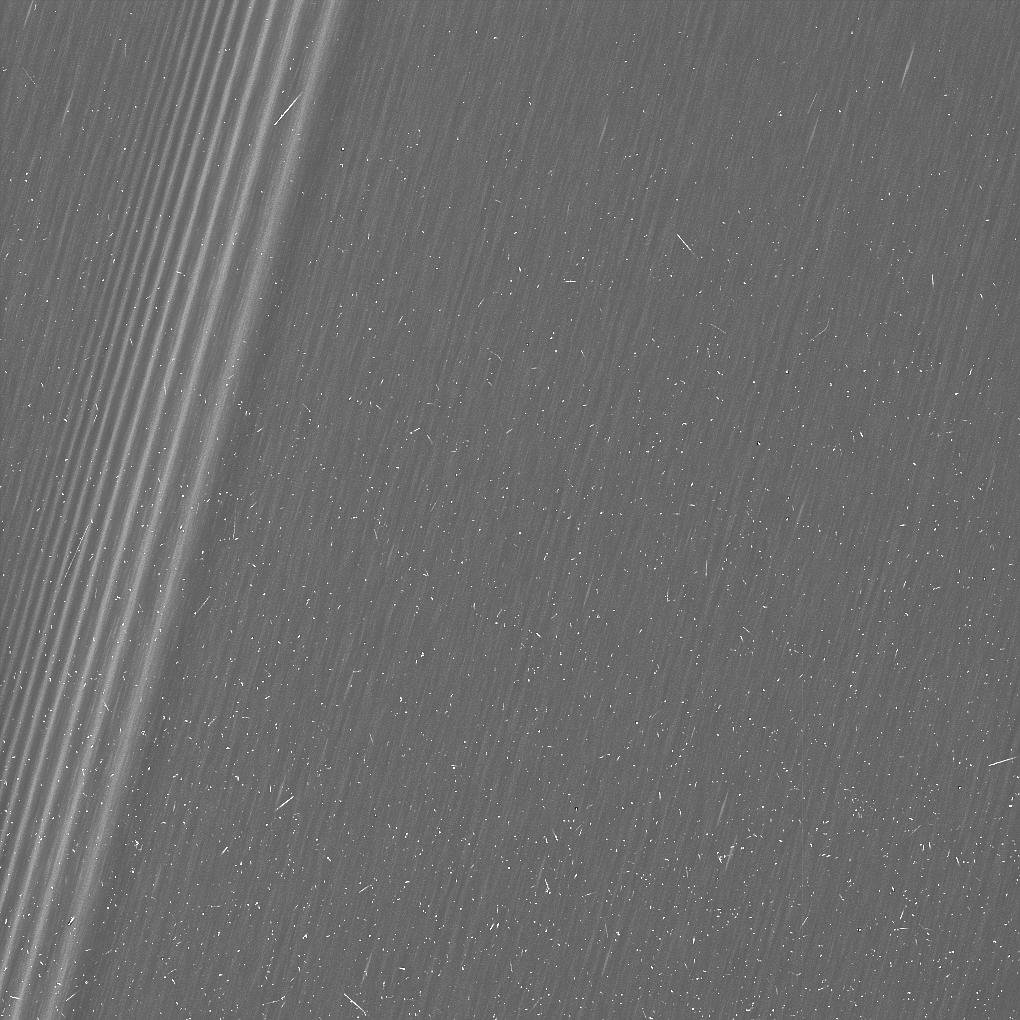 This image from NASA's Cassini mission shows a region in Saturn's A ring. The level of detail is twice as high as this part of the rings has ever been seen before. The view contains many small, bright blemishes due to cosmic rays and charged particle radiation near the planet.

The view shows a section of the A ring known to researchers for hosting belts of propellers -- bright, narrow, propeller-shaped disturbances in the ring produced by the gravity of unseen embedded moonlets. Several small propellers are visible in this view. These are on the order of 10 times smaller than the large, bright propellers whose orbits scientists have routinely tracked (and which are given nicknames for famous aviators).

See PIA07792 and PIA12791 for additional background about propellers.

The prominent feature at left is a density wave created by the ring's gravitational interaction with the moon Prometheus (the 12:11 resonance). Density waves are spiral-shaped disturbances (similar to the spiral arms of galaxies) that propagate through the rings at certain distances from the planet. (For more about density waves, see PIA09894)

Three versions of this image are available. This image is a lightly processed version, with minimal enhancement, preserving all original details present in the image. A second version has circles to indicate the locations of many of the small propellers in the image (Figure 1). The third version has been processed to remove the bright blemishes due to cosmic rays and charged particle radiation -- a more aesthetically pleasing image, but with a slight softening of the finest details (Figure 2).

The image was taken in visible light with the Cassini spacecraft wide-angle camera on Dec. 18, 2016. The view was obtained at a distance of approximately 33,000 miles (54,000 kilometers) from the rings and looks toward the unilluminated side of the rings. Image scale is about a quarter-mile (330 meters) per pixel.