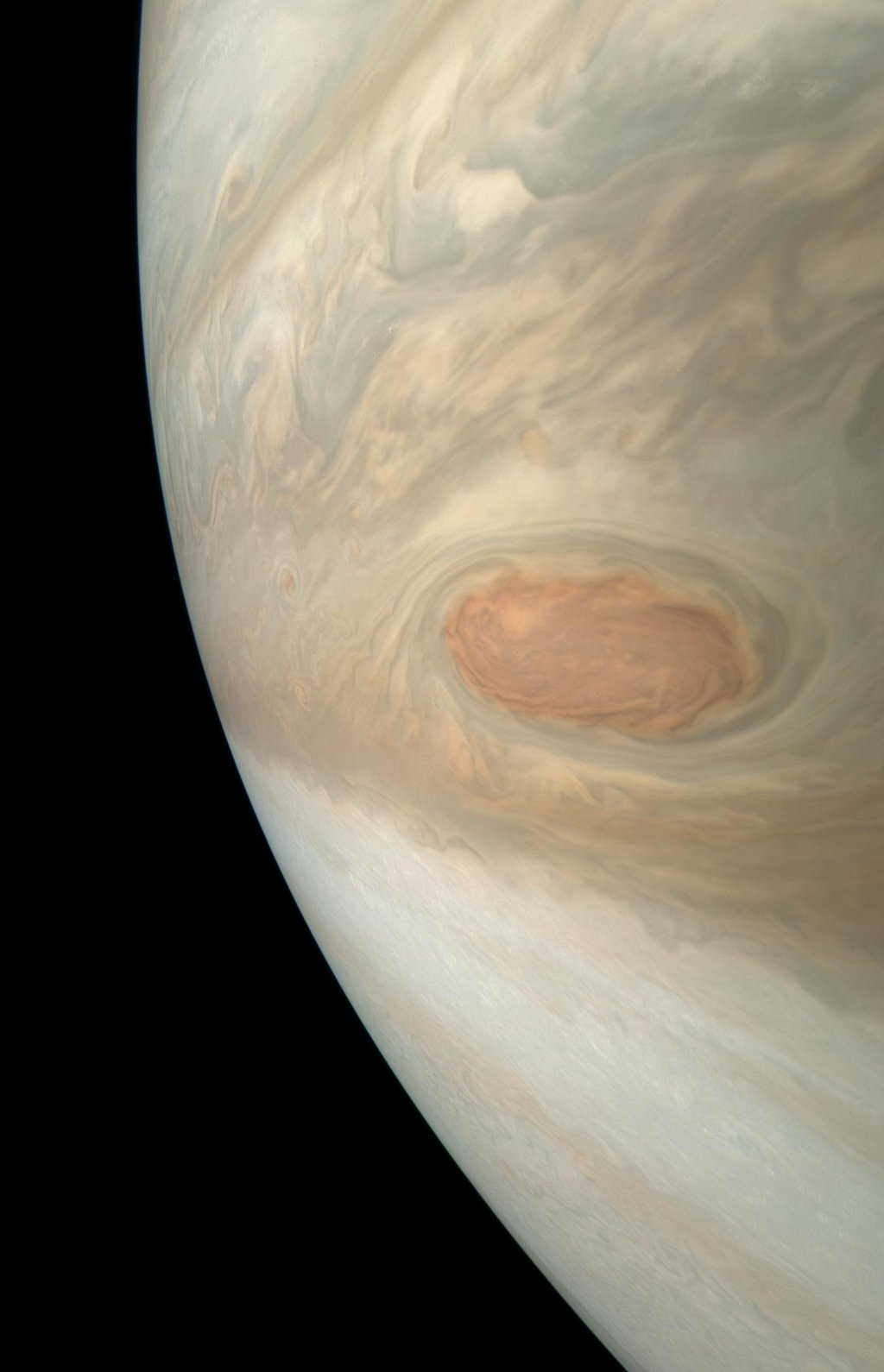 A swirling storm somersaults through Jupiter's South Equatorial Belt in this view taken by NASA's Juno spacecraft. This feature -- not to be confused with the planet's iconic Great Red Spot -- is escorted by several smaller, reddish vortices above and to the left.

This natural color view offers an approximation of what Jupiter would look like to human eyes from Juno's vantage point near the time of closest approach in its orbit. Jupiter's stunning appearance is due to its atmosphere of colorful cloud bands and spots. The vivid red and orange hues are created by chemicals of uncertain composition called "chromophores."