Sunglint on a Hydrocarbon Lake 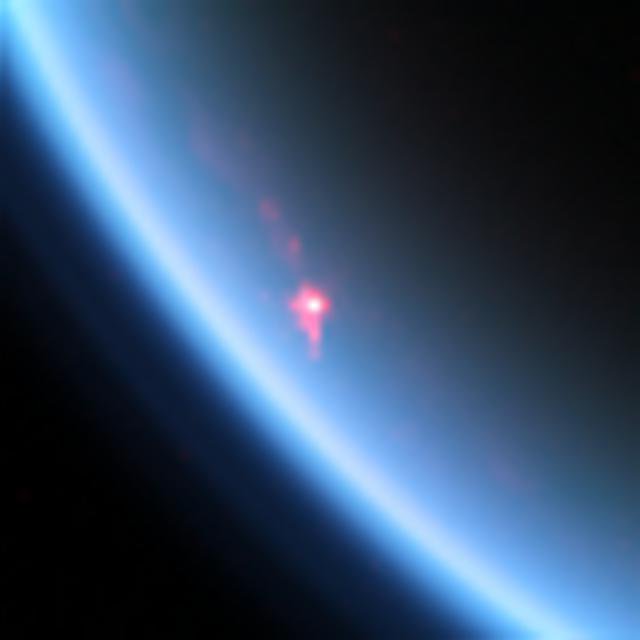 This near-infrared color image shows a specular reflection, or sunglint, off of a hydrocarbon lake named Kivu Lacus on Saturn's moon Titan.

The view was obtained during Cassini's flyby on July 24, 2012, also called the "T85" flyby by the Cassini team. This was the most intense specular reflection that Cassini had seen to date.

Cassini saw its first specular reflection on Titan on July 7, 2009 (see PIA12481) -- this provided solid confirmation of liquid in the moon's northern hemisphere. Another sunglint was seen on Kraken Mare on August 21, 2014 (see PIA18432).

Specular reflections can only be seen when the Cassini spacecraft is in the right place relative to the sun and Titan such that the mirror-like reflection from a lake reflects sunlight directly to the spacecraft. They require the sun to be above the horizon at the location of the lake, which is why none were visible until after Titan's northern spring equinox in 2009 when the seas became illuminated (see PIA17470).

The view was obtained by the Cassini Visible and Infrared Mapping Spectrometer (VIMS) instrument at a distance of 18,600 miles (30,000 kilometers) from Titan. It is not, however, the same visible-light color that the human eye would see. At visible wavelengths, the human eye would see a hazy orange orb (see PIA14913), and would not be able to see the specular reflection, which would be scattered by Titan's atmospheric haze before reaching space.