Stepping It Up in Arabia Terra 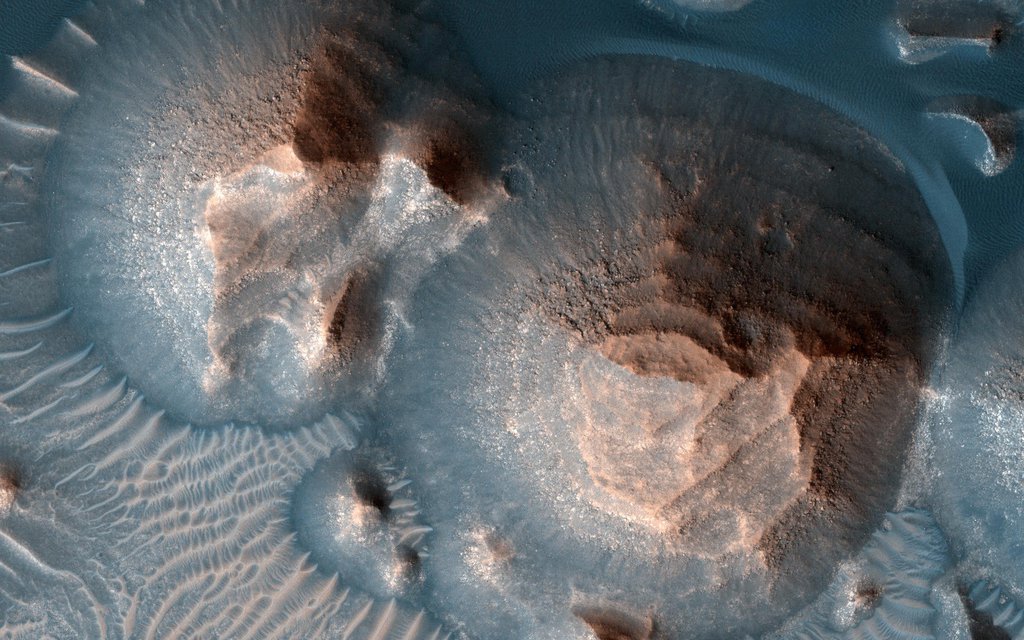 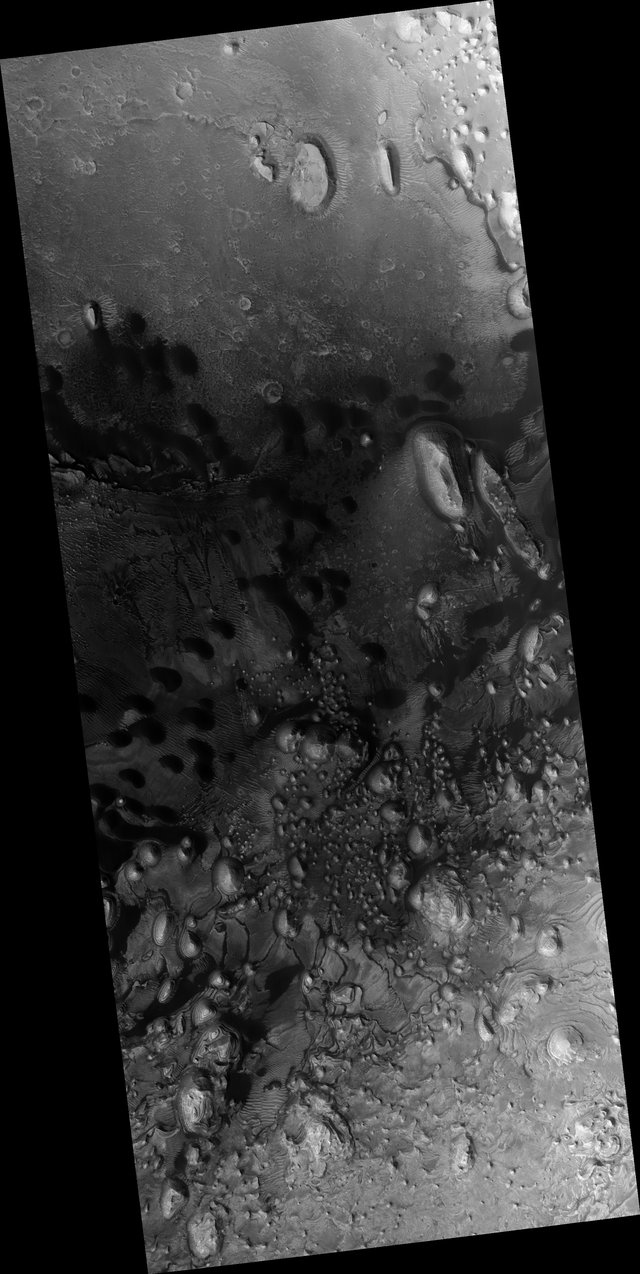 The process that formed these sedimentary rocks is not yet well understood. They could have formed from sand or volcanic ash that was blown into the crater, or in water if the crater hosted a lake. One thing is certain, though: it wouldn't be hard to get your 10,000 daily steps when going on a hike in beautiful Arabia Terra!