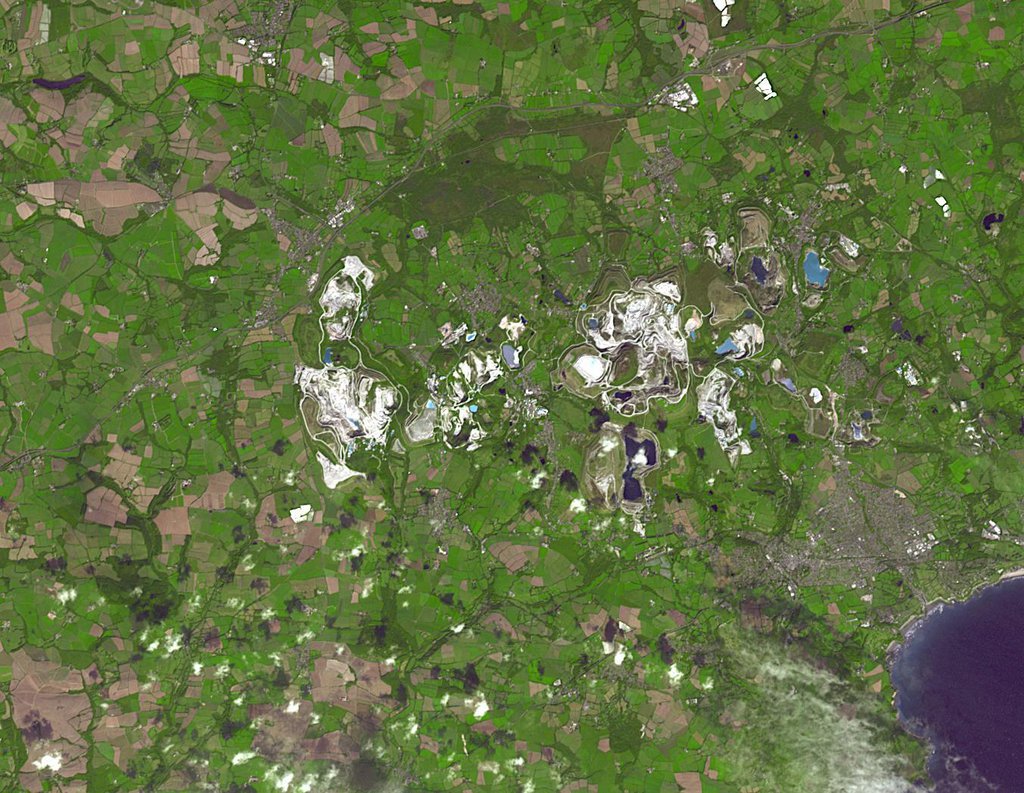 The British porcelain industry began with the discovery of china clay (kaolinite) at Tregonning Hill, Cornwall, in 1745. By the early 19th century, the St Austell deposits were the largest in the world. By 1910, Cornwall was producing fifty percent of the world's china clay. Today, the St Austell deposits have largely been abandoned in favor of other deposits, mainly in Brazil. The image was acquired September 10, 2014, covers an area of 15.7 by 20.3 km, and is located at 50.4 degrees north, 4.9 degrees west.