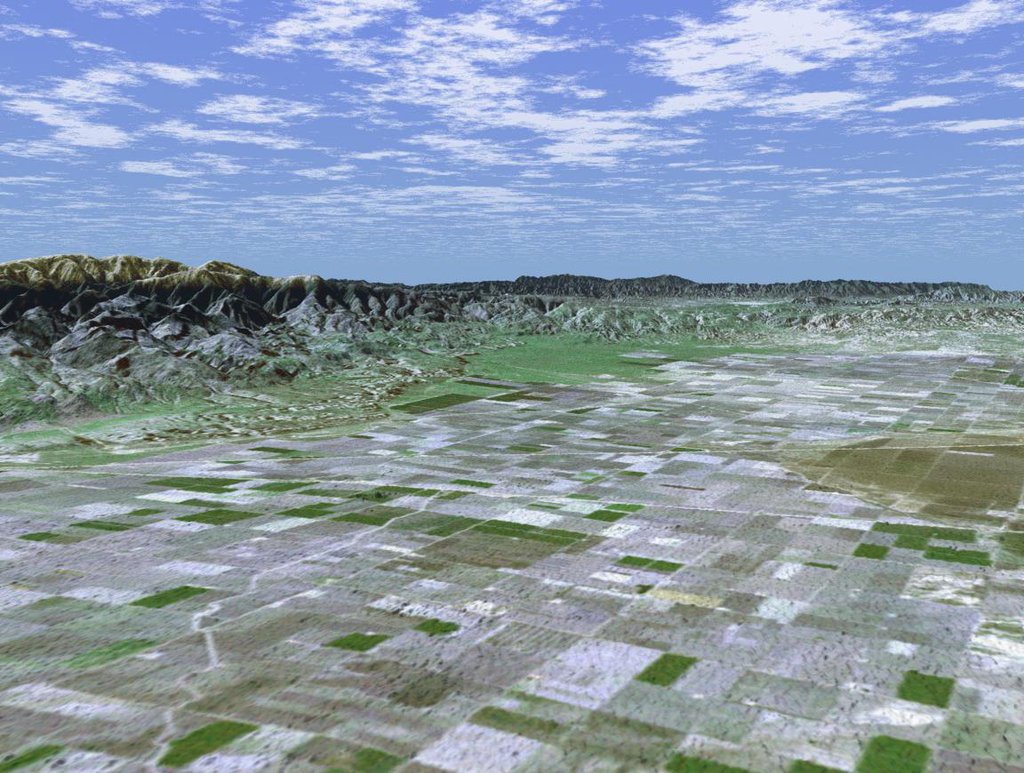 San Joaquin, the name given to the southern portion of California's vast Central Valley, has been called the world's richest agricultural valley. In this perspective view generated using data from the Shuttle Radar Topography Mission and an enhanced Landsat image, we are looking toward the southwest over a checkerboard pattern of agricultural fields. Mt. Pinos, a popular location for stargazing at 2,692 meters (8,831 feet) looms above the valley floor and is visible on the left side of the image. The productive southern San Joaquin is in reality a desert, averaging less than 12.7 cm (5 inches) of rain per year. Through canals and irrigation, the region nurtures some two hundred crops including grapes, figs, apricots, oranges, and more than 4,047 square-km (1,000,000 acres) of cotton. The California Aqueduct, transporting water from the Sacramento River Delta through the San Joaquin, runs along the base of the low-lying Wheeler Ridge on the left side of the image. The valley is not all agriculture though. Kern County, near the valley's southern end, is the United States' number one oil producing county, and actually produces more crude oil than Oklahoma. For visualization purposes, topographic heights displayed in this image are exaggerated two times. Colors, from Landsat data, approximate natural color.