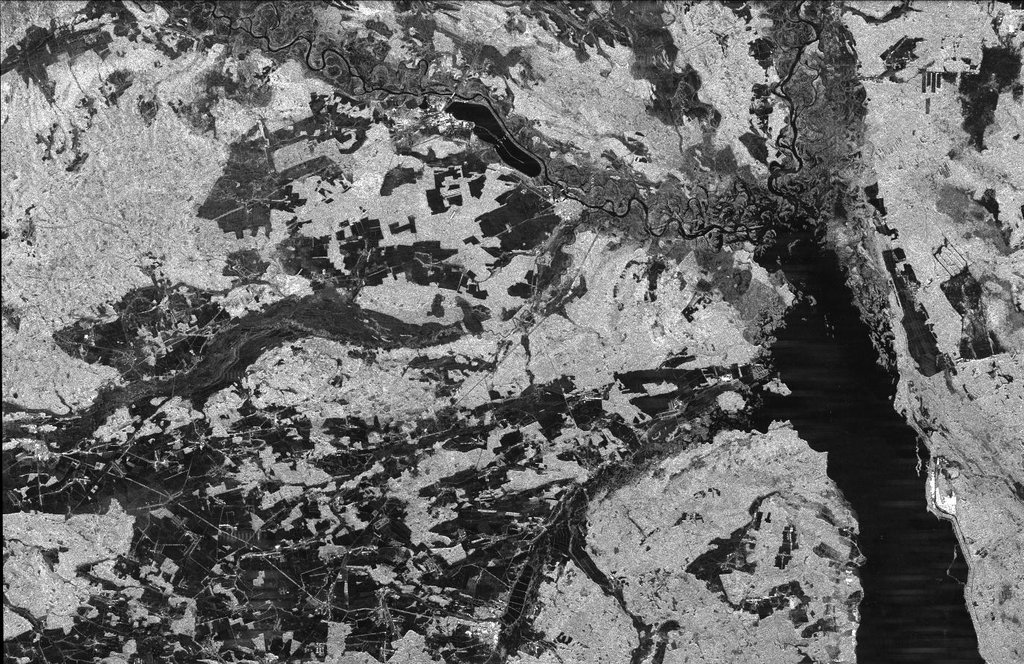 This is an image of the Chernobyl nuclear power plant and its surroundings, centered at 51.17 north latitude and 30.15 west longitude. The image was acquired by the Spaceborne Imaging Radar-C and X-band Synthetic Aperture Radar aboard the space shuttle Endeavour on its 16th orbit on October 1, 1994. The area is located on the northern border of the Ukraine Republic and was produced by using the L-band (horizontally transmitted and received) polarization. The differences in the intensity are due to differences in vegetation cover, with brighter areas being indicative of more vegetation.

These data were acquired as part of a collaboration between NASA and the National Space Agency of Ukraine in Remote Sensing and Earth Sciences. NASA has included several sites provided by the Ukrainian space agency as targets of opportunity during the second flight of SIR-C/X-SAR. The Ukrainian space agency also plans to conduct airborne surveys of these sites during the mission.

The Chernobyl nuclear power plant is located toward the top of the image near the Pripyat River. The 12-kilometer (7.44-mile)-long cooling pond is easily distinguishable as an elongated dark shape in the center near the top of the image. The reactor complex is visible as the bright area to the extreme left of the cooling pond and the city of Chernobyl is the bright area just below the cooling pond next to the Pripyat River. The large dark area in the bottom right of the image is the Kiev Reservoir just north of Kiev. Also visible is the Dnieper River, which feeds into the Kiev Reservoir from the top of the image. The Soviet government evacuated 116,000 people within 30 kilometers (18.6 miles) of the Chernobyl reactor after the explosion and fire on April 26, 1986.