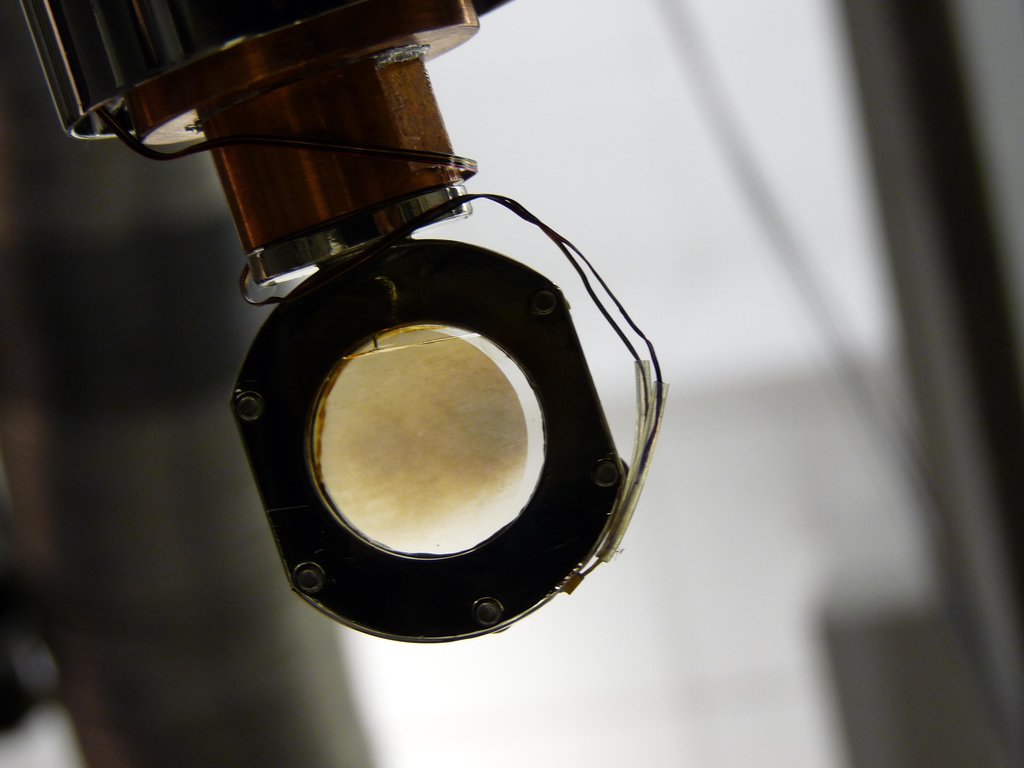 In a laboratory experiment at NASA's Jet Propulsion Laboratory, Pasadena, Calif., scientists simulating the atmosphere of Saturn's moon Titan have brewed up complex organic molecules that they think could eventually lead to the building blocks of life. In this picture, molecules of dicyanoacetylene are seen on a special film on a sapphire window. They are the result of exposing simple organic molecules known to exist at Titan with sun-like radiation on Aug. 4, 2010. The residue is among the smog-like airborne molecules with carbon-nitrogen-hydrogen bonds that the astronomer Carl Sagan called "tholins" that give orange-brown color to Titan.

The experiment was conducted at JPL's Titan Organic Aerosol and Surface Chemistry laboratory.