Signs of a Whirlwind in Gale Crater 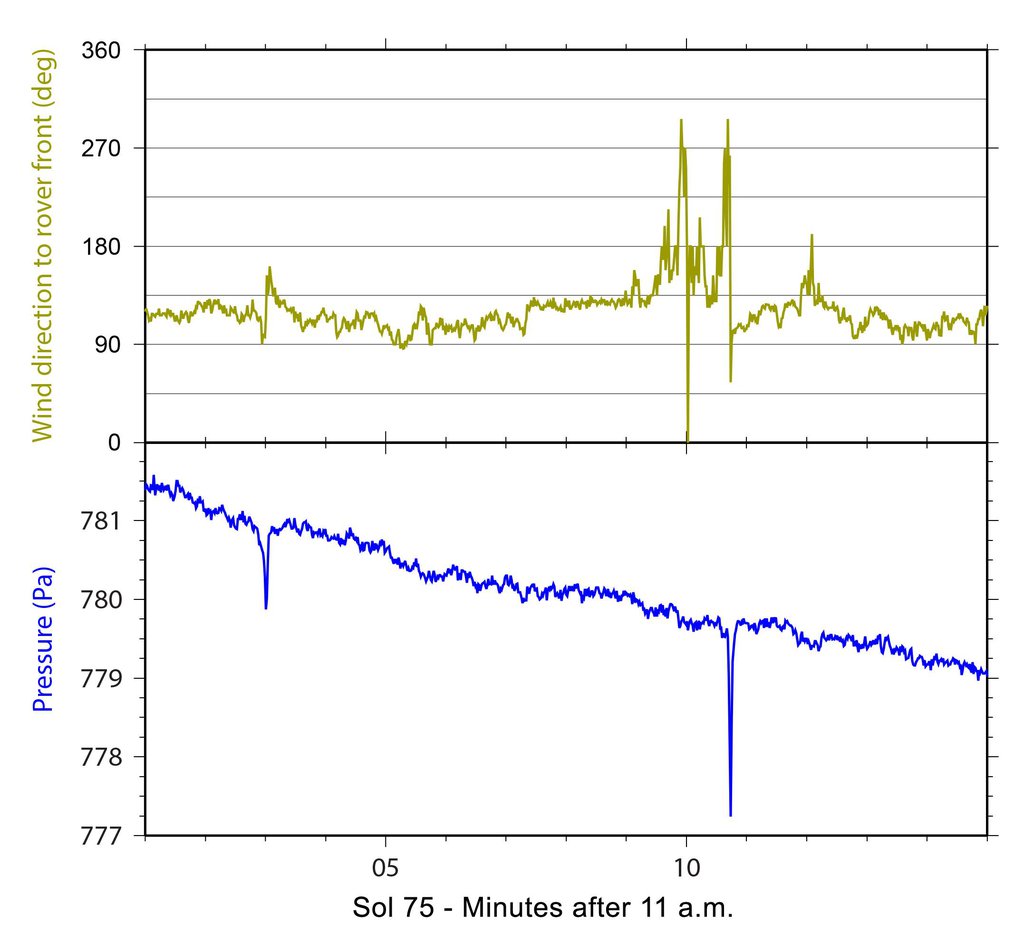 Twenty-one times during the first 12 weeks that NASA's Mars rover Curiosity worked on Mars, the rover's Rover Environmental Monitoring Station (REMS) detected brief dips in air pressure that could be caused by a passing whirlwind. The blue line in this chart shows two examples, both shortly after 11 a.m. local Mars time, when the air pressure dipped on the 75th Martian day, or sol, of the mission (Oct. 25, 2012). In both cases, wind direction monitored by REMS changed within a few seconds of the dip in pressure, as indicated by the green line on the chart. That is additional evidence that the pressure dips were whirlwinds.

A Finnish, Spanish and American team is using REMS, which Spain provided for Curiosity, to watch for signs of dust devils -- whirlwinds carrying dust.

In many regions of Mars, dust-devil tracks and shadows have been photographed from orbit, but those visual clues have not been seen at Gale Crater, where Curiosity is working. The evidence from REMS indicates that whirlwinds may be forming in Gale Crater. While Curiosity is watching for them with cameras on some days, researchers are also considering the possibility that these swirling, convective winds do not lift as much dust at Gale as in other parts of Mars.

In this chart, the air-pressure scale is in Pascals. The wind direction scale is an estimate in degrees relative to the front of the rover. On Sol 75, the rover was facing approximately westward, and 90 degrees on this graph indicates winds coming from the north.