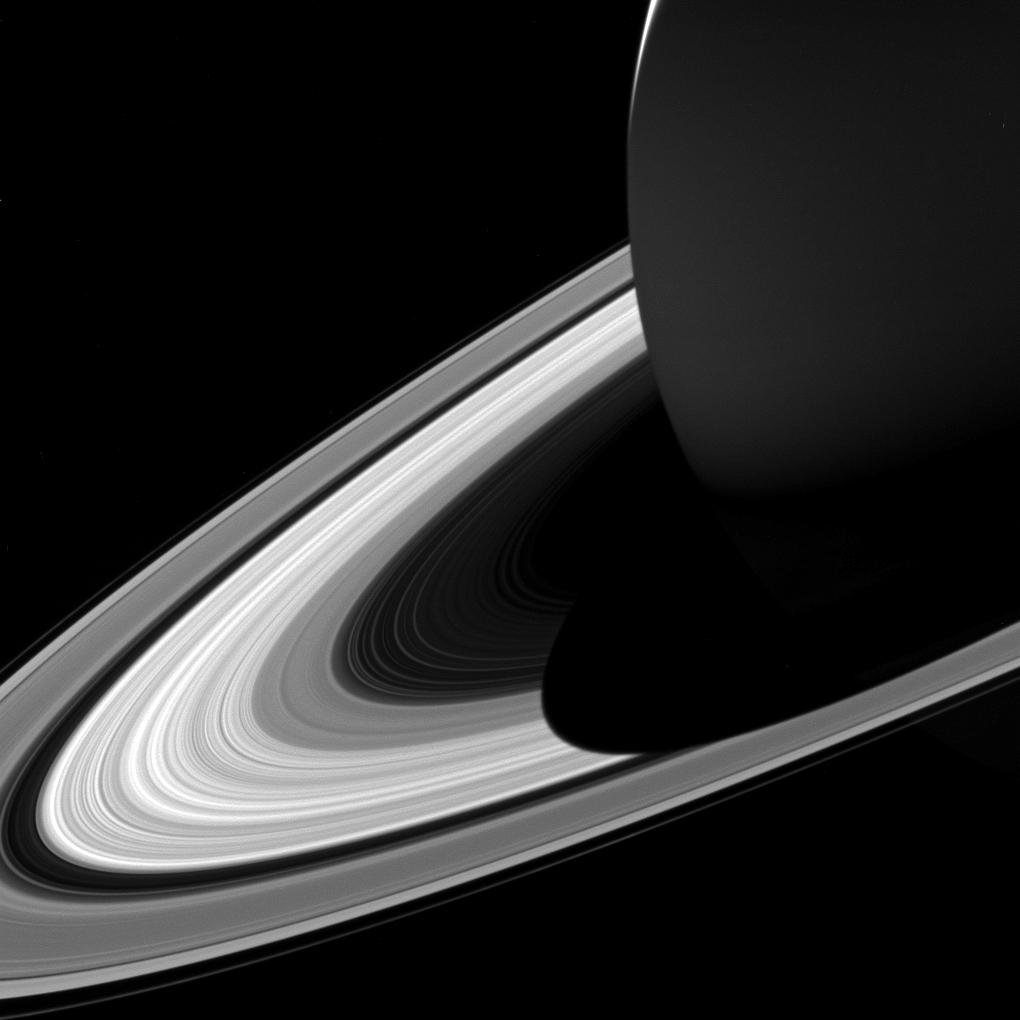 The projection of Saturn's shadow on the rings grows shorter as Saturn's season advances toward northern summer, thanks to the planet's permanent tilt as it orbits the sun. This will continue until Saturn's solstice in May 2017. At that point in time, the shadow will extend only as far as the innermost A ring, leaving the middle and outer A ring completely free of the planet's shadow.

Over the course of NASA's Cassini mission, the shadow of Saturn first lengthened steadily until equinox in August 2009. Since then, the shadow has been shrinking. These changes can be seen by comparing the shadow in the above view to its appearance as Cassini approached Saturn in 2004 (PIA06077), equinox in 2009 (PIA11667), and two years ago, in 2015 (PIA20498).

This view looks toward the sunlit side of the rings from about 10 degrees above the ring plane. The image was taken in visible light with the Cassini spacecraft wide-angle camera on Feb. 3, 2017.

The view was acquired at a distance of approximately 760,000 miles (1.2 million kilometers) from Saturn. Image scale is 46 miles (73 kilometers) per pixel.