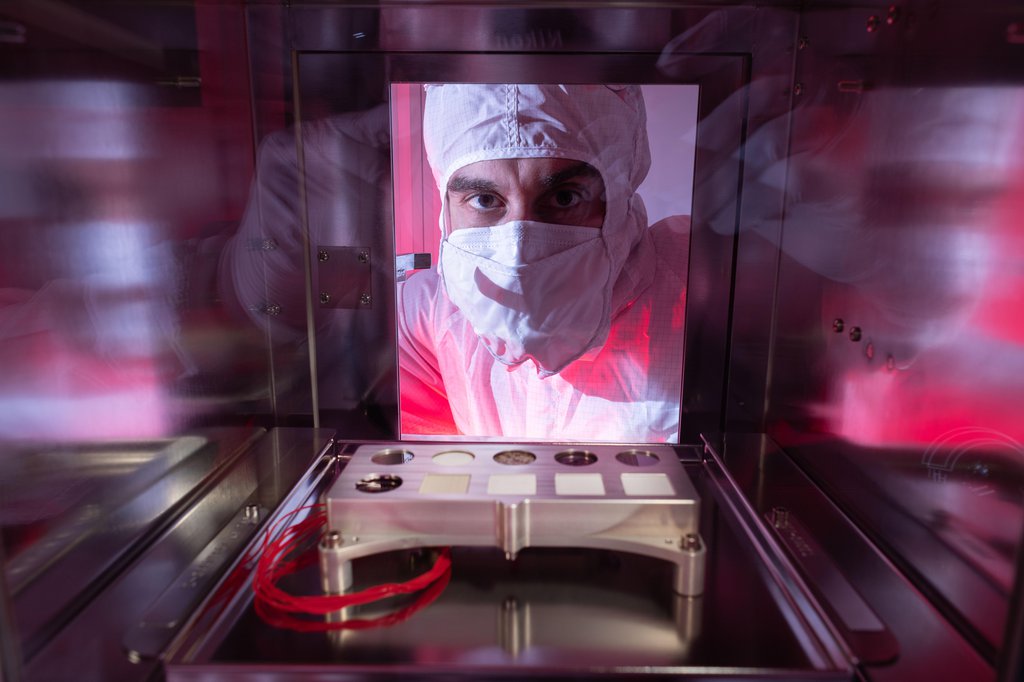 NASA scientist Trevor Graff peers at a calibration target, which will help fine-tune settings on the Scanning Habitable Environments with Raman & Luminescence for Organics and Chemicals (SHERLOC) instrument carried aboard NASA's Perseverance Mars rover. The calibration target is housed inside a special environmental chamber that was used to ship it from NASA's Johnson Space Center, Houston, to the agency's Jet Propulsion Laboratory in Southern California, where the target was added to the rover.

There are 10 kinds of materials on SHERLOC's calibration target, including a fragment of a Martian meteorite and five of the first spacesuit materials sent to Mars. They'll be observed to see how they hold up in the intense radiation on the Martian surface.