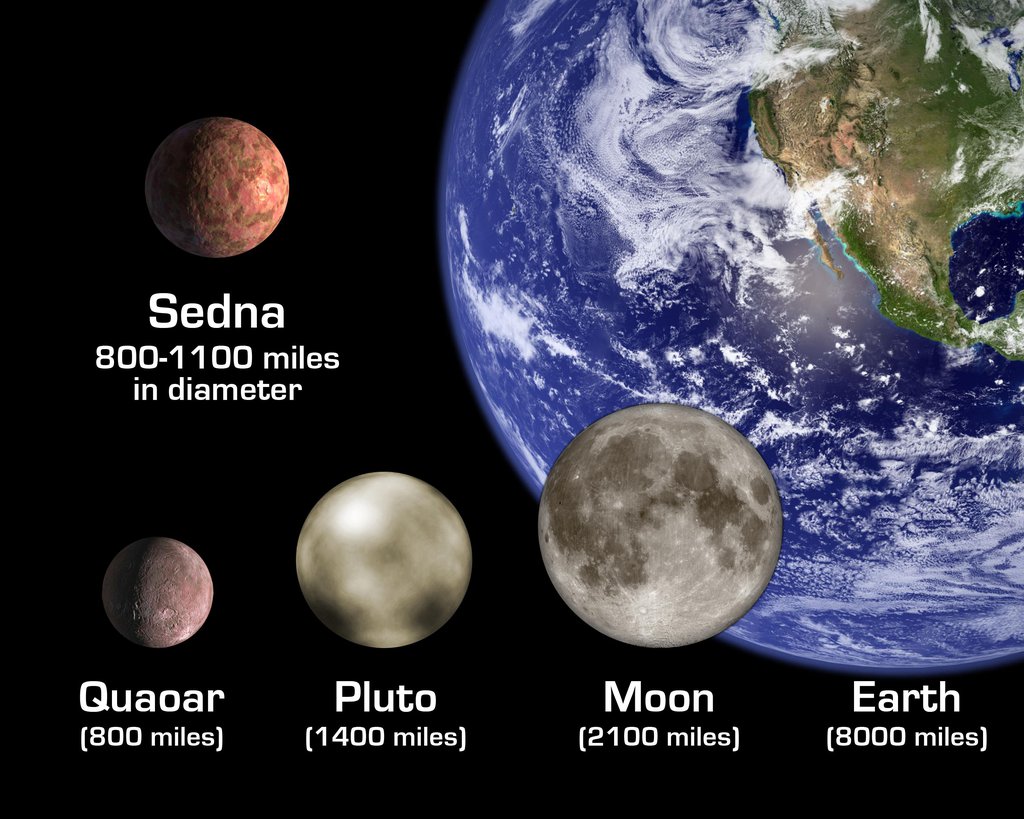 The artist's rendition shows the newly discovered planet-like object, dubbed "Sedna," in relation to other bodies in the solar system, including Earth and its Moon; Pluto; and Quaoar, a planetoid beyond Pluto that was until now the largest known object beyond Pluto. The diameter of Sedna is slightly smaller than Pluto's but likely somewhat larger than Quaoar.