Putting SEIS on the Ground 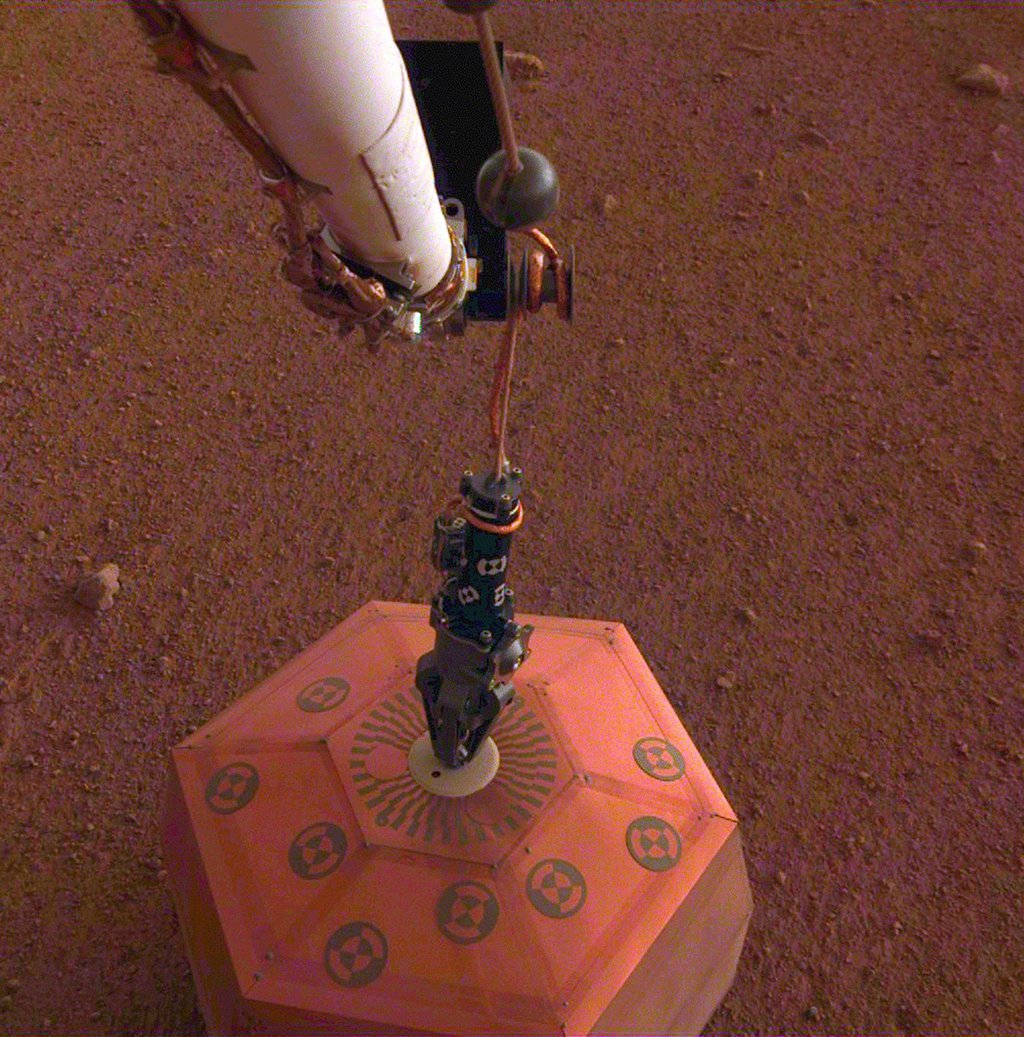 This set of images shows NASA's InSight lander deploying its first instrument onto the surface of Mars, completing a major mission milestone. InSight's robotic arm is white, with a black, handlike grapple at the end. The grapple is holding onto the copper-colored seismometer.

The color-calibrated image was taken on Dec. 19, 2018, around dusk on Mars, with InSight's Instrument Deployment Camera (IDC), which is on the lander's robotic arm.