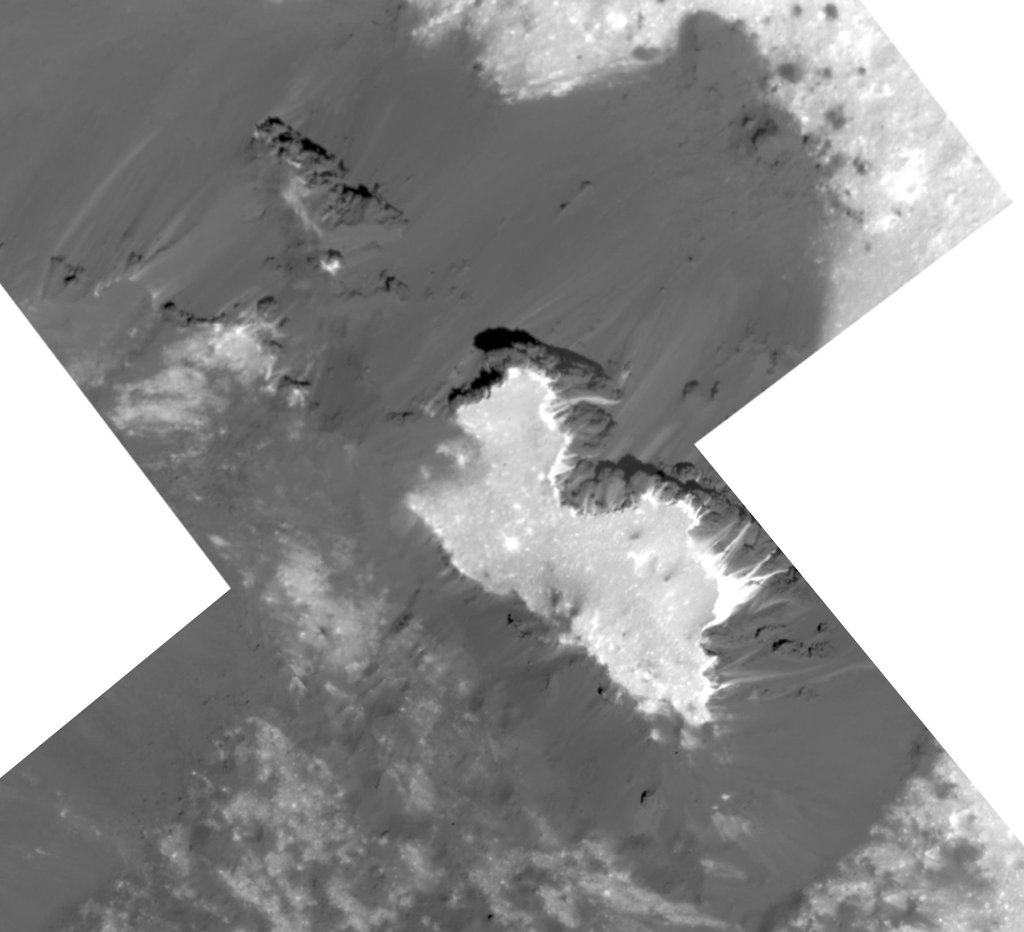 Click on an individual image for the larger version

This mosaic of a prominent mound located on the western side of Cerealia Facula was obtained by NASA's Dawn spacecraft on June 22, 2018 from an altitude of about 21 miles (34 kilometers).

The geometry of this feature is similar to a mesa or large butte with a flat top. It has been puzzling scientists since its discovery in the early images of the Dawn mission at Ceres. These new images reveal many details. In particular, the relationships between the bright material, mostly composed of sodium carbonate, and the dark background might hold clues about the origin of the facula. This feature is located at about 19.5 degrees north latitude and 239.2 degrees east longitude.