Preparing to Pin the Mole 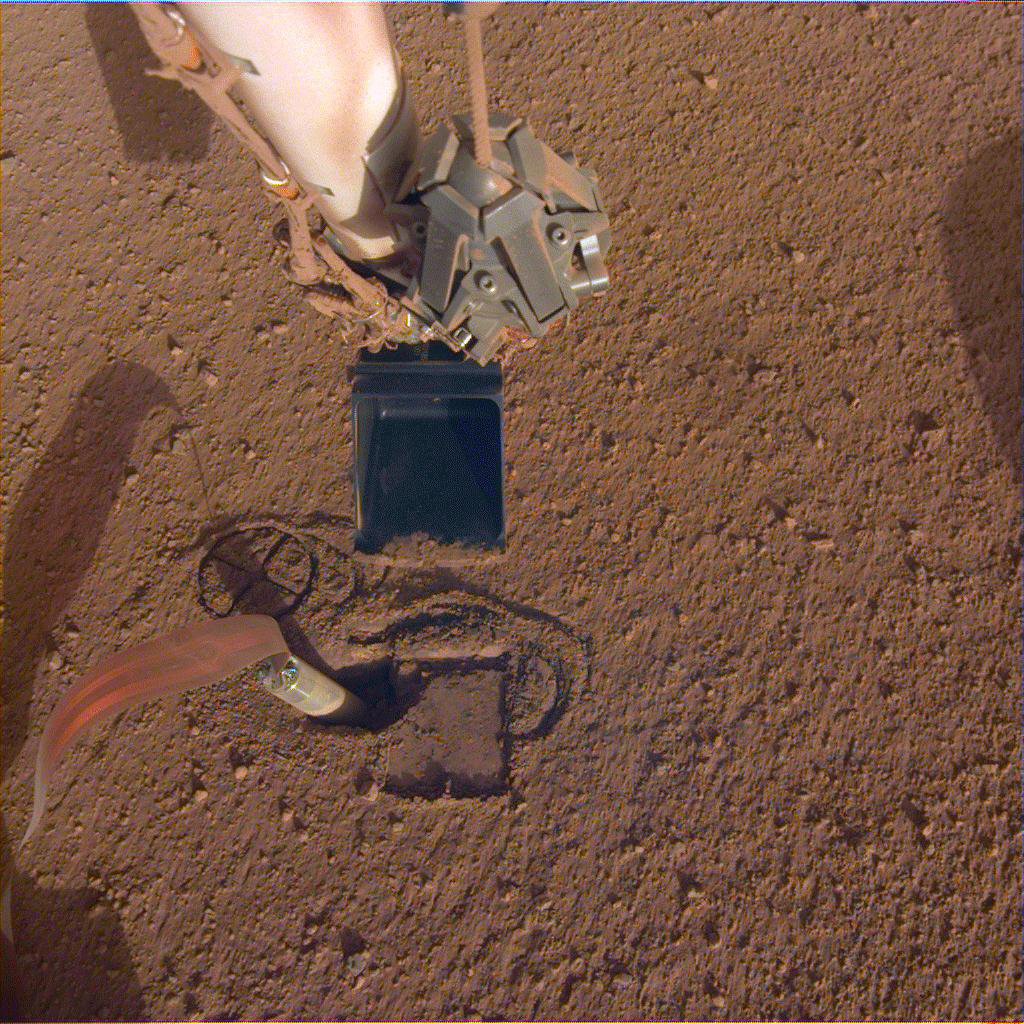 NASA InSight's robotic arm will use its scoop to pin the spacecraft's heat probe, or "mole," against the wall of its hole. The mole is part of an instrument formally called the Heat Flow and Physical Properties Package, or HP3, provided by the German Aerospace Center (DLR).