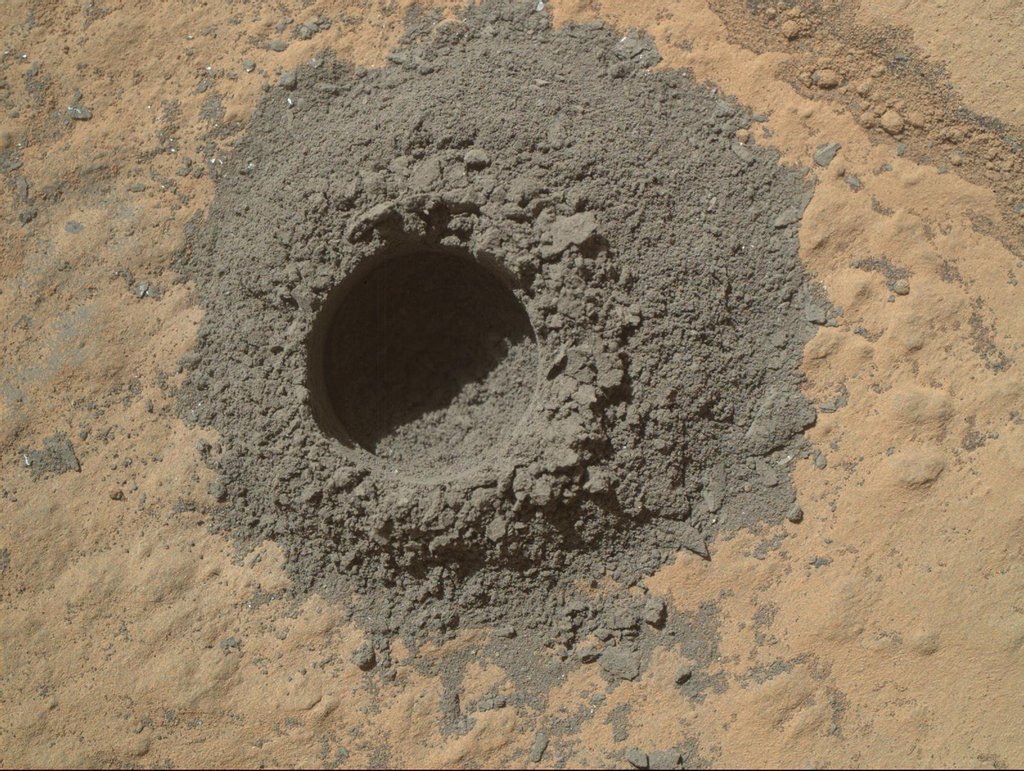 When collecting sample material, the rover's hammering drill bores as deep as 2.5 inches (6.4 centimeters). This preparatory activity enables the rover team to evaluate interaction between the drill and this particular rock and to view the potential sample-collection target's interior and tailings. Both the mini drill activity and acquisition of this image occurred during the 615th Martian day, or sol, of Curiosity's work on Mars (April 29, 2014).