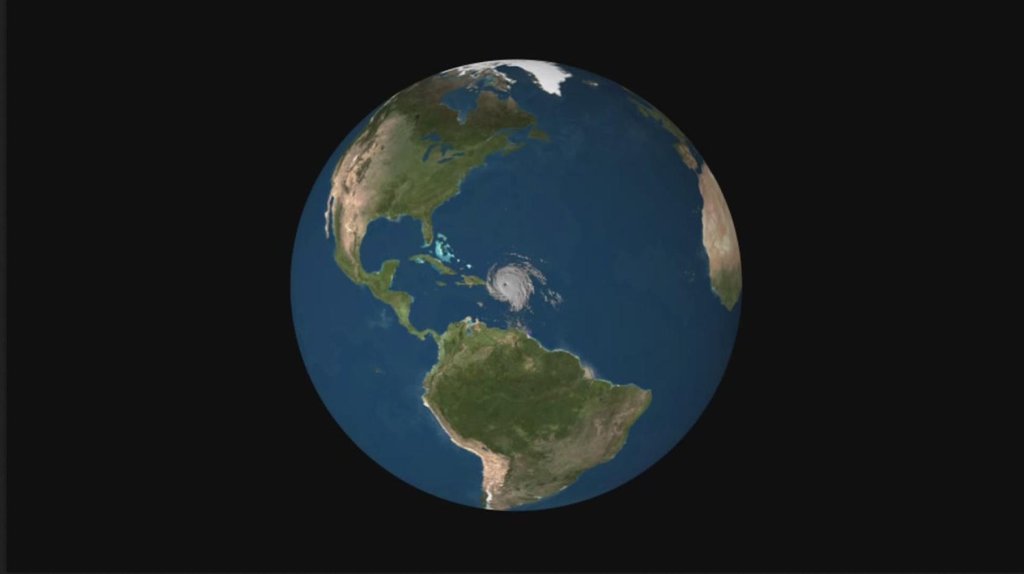 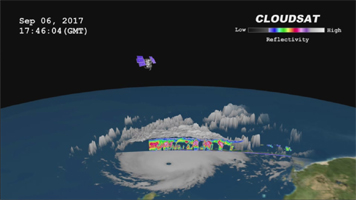 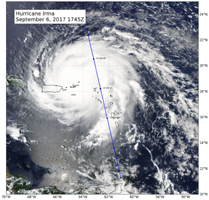 NASA's CloudSat satellite flew over Hurricane Irma on Sept. 6, 2017 at 1:45 p.m. EDT (17:45 UTC) as the storm was approaching Puerto Rico in the Atlantic Ocean. Hurricane Irma contained estimated maximum sustained winds of 185 miles per hour (160 knots) with a minimum pressure of 918 millibars.

CloudSat transected the eastern edge of Hurricane Irma's eyewall, revealing details of the storm's cloud structure beneath its thick canopy of cirrus clouds. The CloudSat Cloud Profiling Radar excels in detecting the organization and placement of cloud layers beneath a storm's cirrus canopy, which are not readily detected by other satellite sensors.

The CloudSat overpass reveals the inner details beneath the cloud tops of this large system; intense areas of convection with moderate to heavy rainfall (deep red and pink colors), cloud-free areas (moats) in between the inner and outer cloud bands of Hurricane Irma and cloud top heights averaging around 9 to 10 miles (15 to 16 kilometers). Lower values of reflectivity (areas of green and blue) denote smaller-sized ice and water particle sizes typically located at the top of a storm system (in the anvil area).

The Cloud Profiling Radar loses signal at around 3 miles (5 kilometers) in height (in the melting layer) due to water (ice) particles larger than 0.12 inches (3 millimeters) in diameter. Moderate to heavy rainfall occurs in these areas where signal weakening is detectable. Smaller cumulus and cumulonimbus cloud types are evident as CloudSat moves farther south, beneath the thick cirrus canopy.