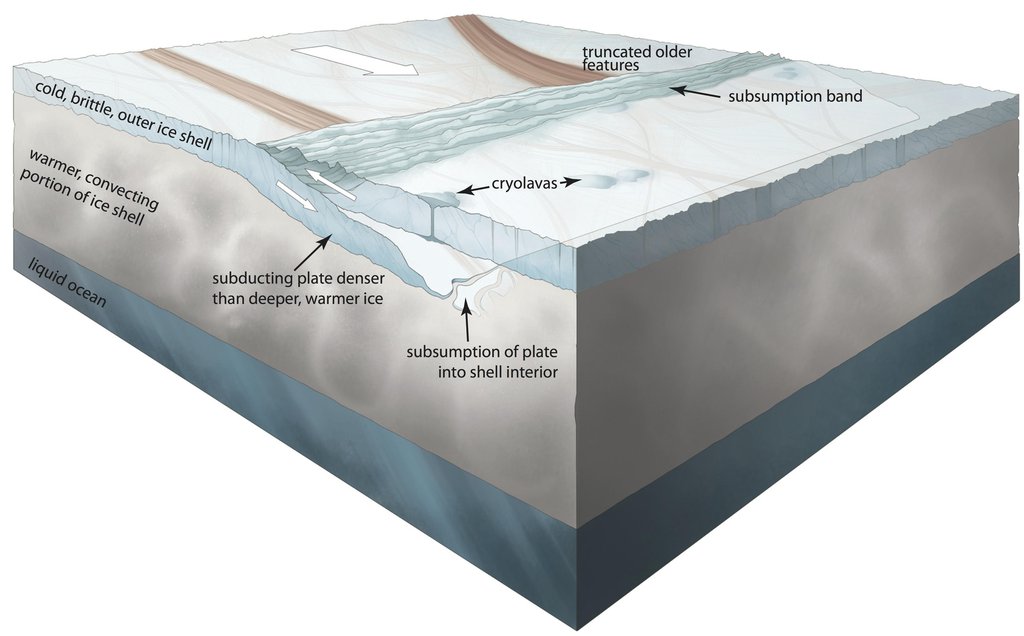 Scientists have found evidence of plate tectonics on Jupiter's moon Europa. This conceptual illustration of the subduction process (where one plate is forced under another) shows how a cold, brittle, outer portion of Europa's 20-30 kilometer-thick (roughly 10-20 mile) ice shell moved into the warmer shell interior and was ultimately subsumed. A low-relief subsumption band was created at the surface in the overriding plate, alongside which cryolavas may have erupted.