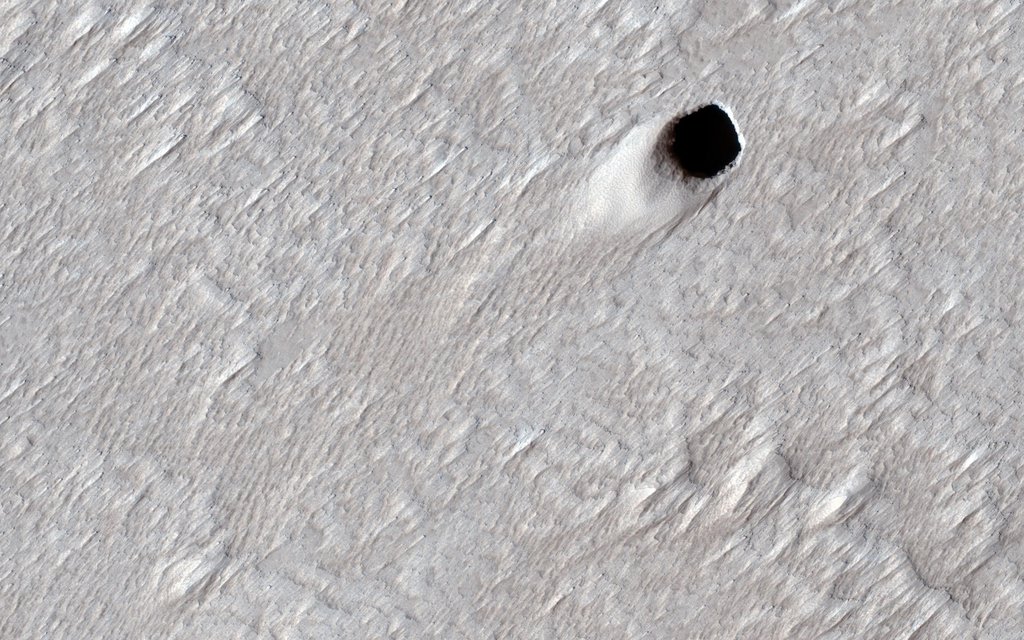 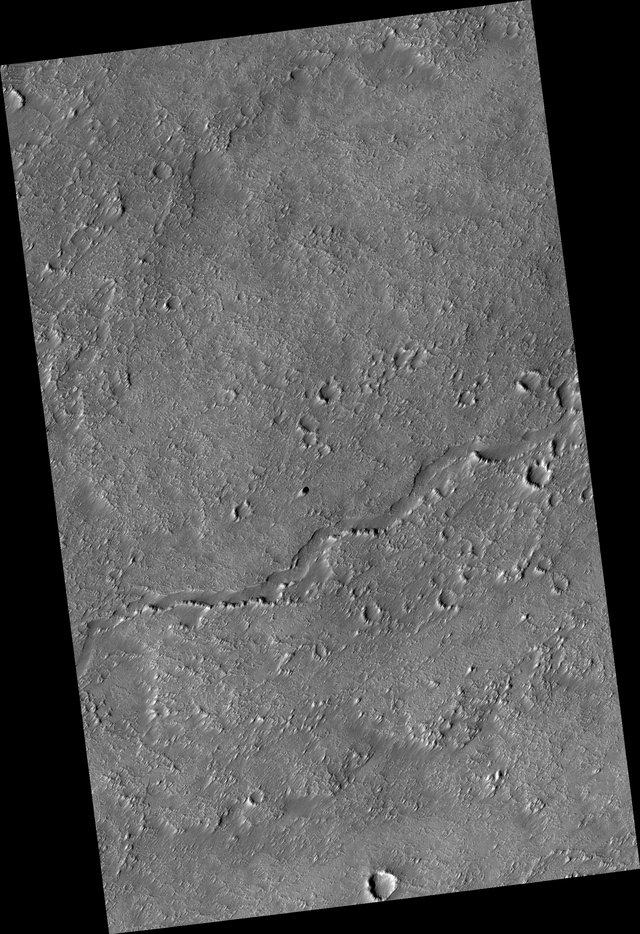 In this image, the ceiling of the lava tube collapsed in one spot and made this pit crater. The pit is about 50 meters (150 feet) across, so it's likely that the underground tube is also at least this big (much bigger than similar caves on the Earth). HiRISE can't see inside these steep pits because it's always late afternoon when we pass overhead and the inside is shadowed at that time of day.