NASA's Europa Clipper: Vault and Nadir Deck on the Move 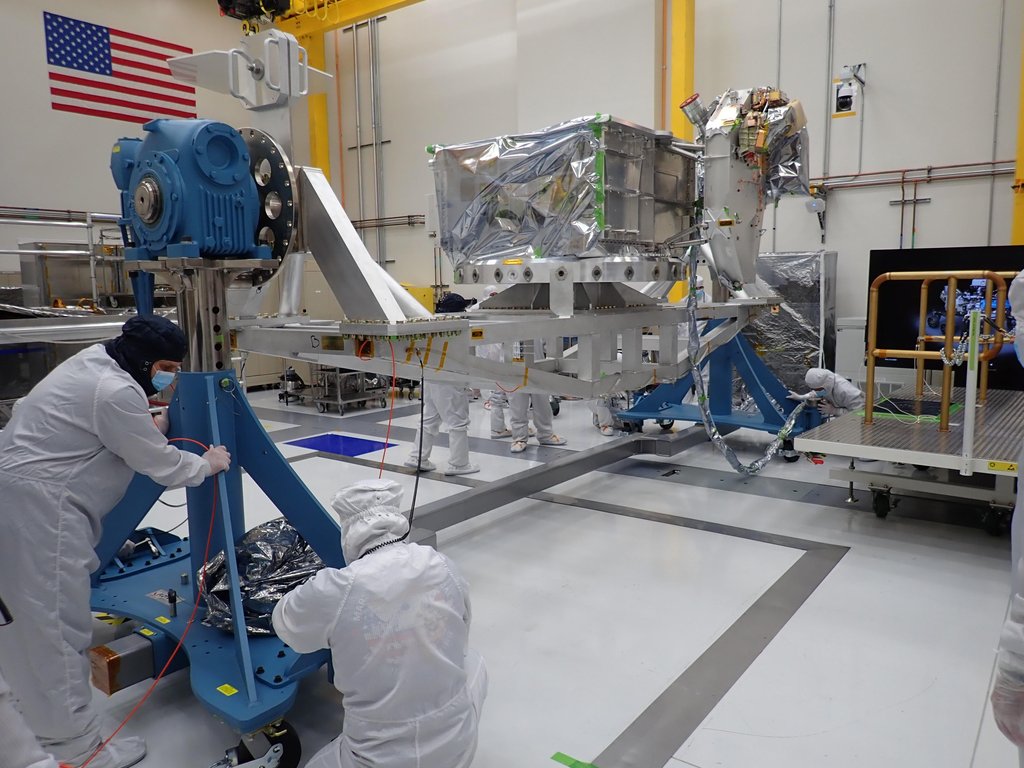 The vault, with nadir deck attached, of NASA's Europa Clipper is prepared to be moved to the High Bay 1 clean room of the Spacecraft Assembly Facility at NASA's Jet Propulsion Laboratory in Southern California. Made of aluminum, the vault will house and protect the spacecraft's electronics from Jupiter's intense radiation and high-energy particles. The nadir deck will support many of the spacecraft's science-instrument sensors by stabilizing them and ensuring they are oriented correctly.

The vault and nadir deck soon will join other Europa Clipper hardware in High Bay 1, including the spacecraft's main body. Engineers and technicians will be working through the phase known as assembly, test, and launch operations to prepare the spacecraft for its launch to Jupiter's moon Europa in October 2024.