Easy Does It: NASA's Europa Clipper Is Lowered Into Place 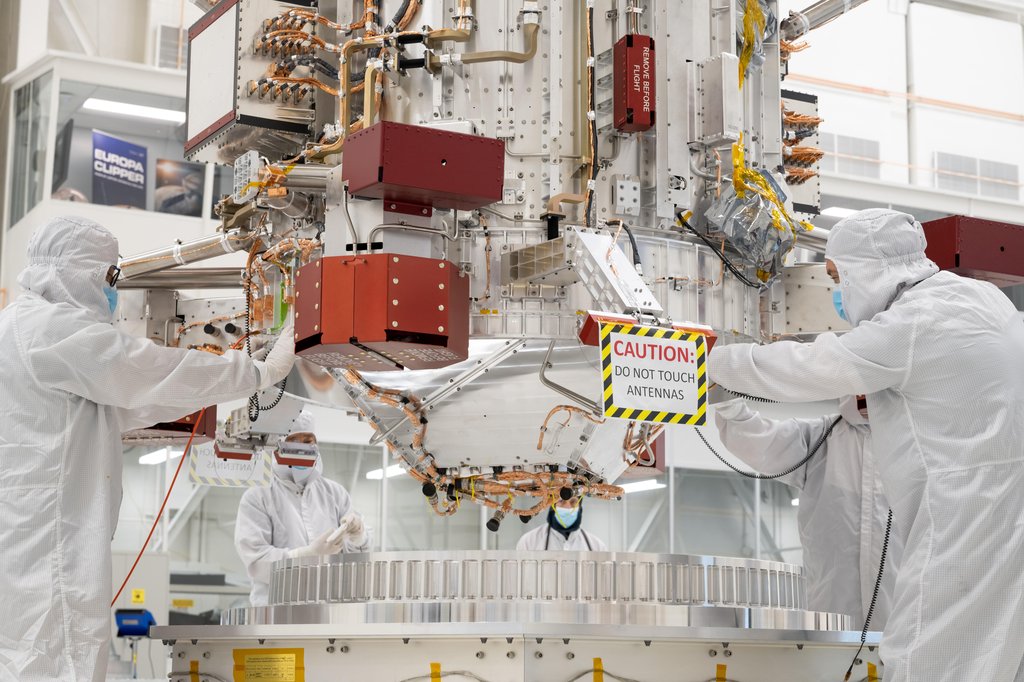 Engineers and technicians use a crane to lower the main body of NASA's Europa Clipper spacecraft into position in the High Bay 1 clean room of the Spacecraft Assembly Facility at the agency's Jet Propulsion Laboratory in Southern California. Standing 10 feet (3 meters) high and 5 feet (1.5 meters) wide, the core will be the focus of attention as the spacecraft is assembled for its launch to Jupiter's moon Europa in October 2024.This image was taken on Aug. 9, 2022.