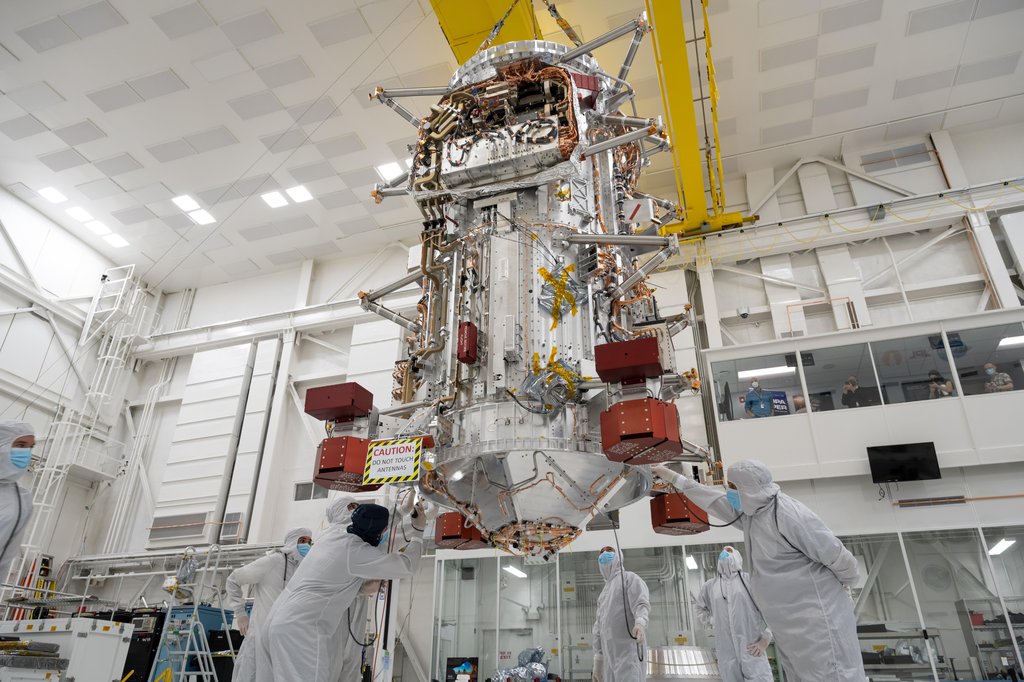 Engineers and technicians use a crane to lift the main body of NASA's Europa Clipper spacecraft and position it in the High Bay 1 clean room of the Spacecraft Assembly Facility at the agency's Jet Propulsion Laboratory in Southern California. Standing 10 feet (3 meters) high and 5 feet (1.5 meters) wide, the core will be the focus of attention as the spacecraft is assembled for its launch to Jupiter's moon Europa in October 2024.