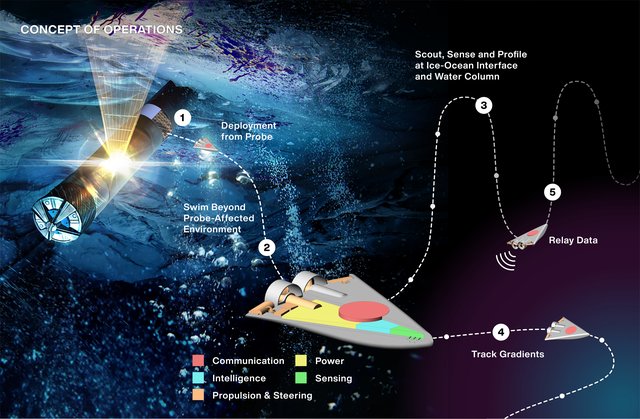 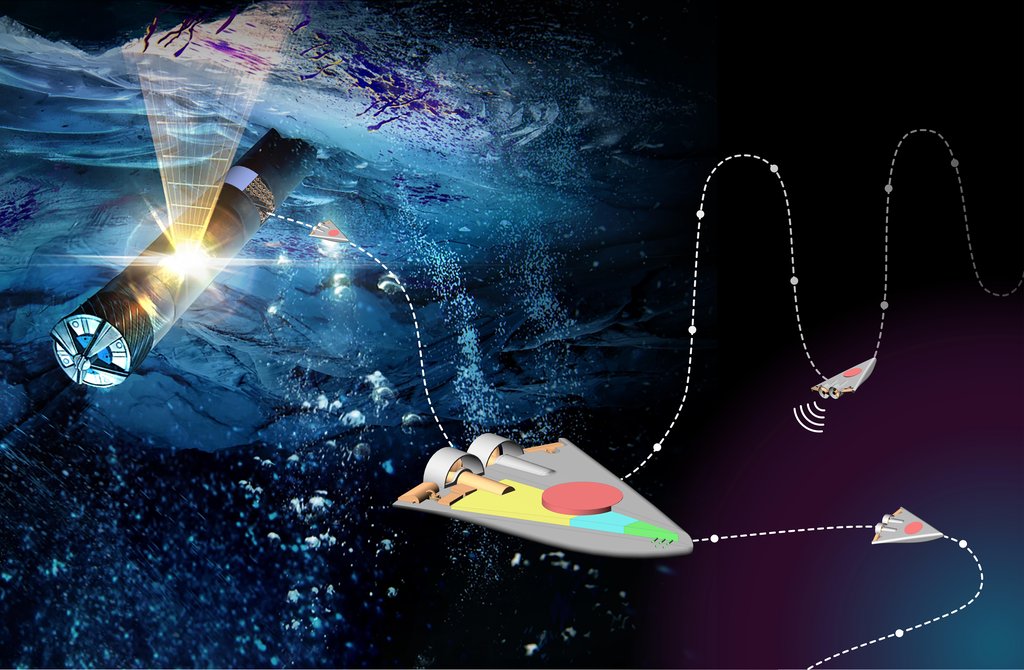 Shown in this illustration, Sensing With Independent Micro-Swimmers (SWIM) is a space exploration concept being developed at NASA's Jet Propulsion Laboratory in Southern California. About four dozen cellphone-size robots would fit compactly within an ice-melting cryobot called Probe using Radioisotopes for Icy Moons Exploration (PRIME), at left. Deployed by a lander on the surface, the nuclear-powered cryobot would tunnel through the miles-thick icy shell of an ocean world like Jupiter's moon Europa or Saturn's moon Enceladus to the subsurface ocean, releasing the SWIM robots into the water, where they could conduct science beyond the heat of the cryobot.

Figure A is the same illustration with annotations indicating the concept and its components.

Each 3D-printed robot would have its own propulsion system, onboard computer, and ultrasound communications system, along with simple sensors for temperature, salinity, acidity, and pressure. Chemical sensors to monitor for biomarkers – signs of life – are being developed.

Not yet part of a NASA mission, SWIM received funding in 2021 and 2022 through the NASA Innovative Advanced Concepts (NIAC) program. Run by the agency's Space Technology Mission Directorate, NIAC fosters exploration by funding early-stage studies to evaluate technologies that could support future aeronautics and space missions.