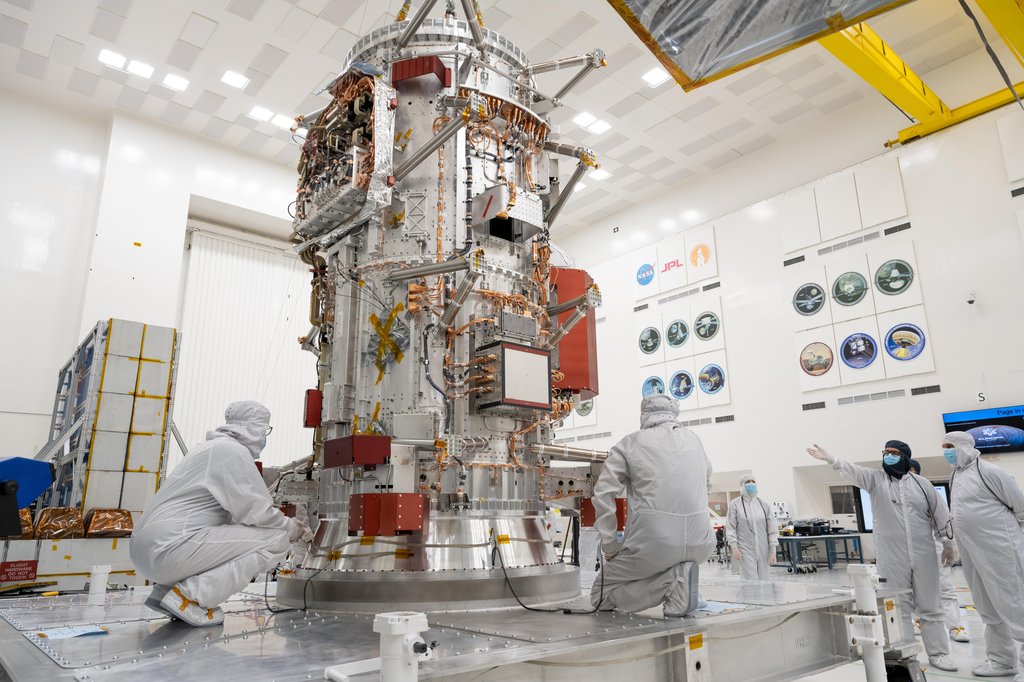 Engineers and technicians work on the towering main body of NASA's Europa Clipper spacecraft in the storied Spacecraft Assembly Facility at the agency's Jet Propulsion Laboratory in Southern California. Standing 10 feet (3 meters) high and 5 feet (1.5 meters) wide, the craft's core will be the focus of attention in the facility's ultra-hygienic High Bay 1 as the spacecraft is assembled for its launch to Jupiter's moon Europa in October 2024.