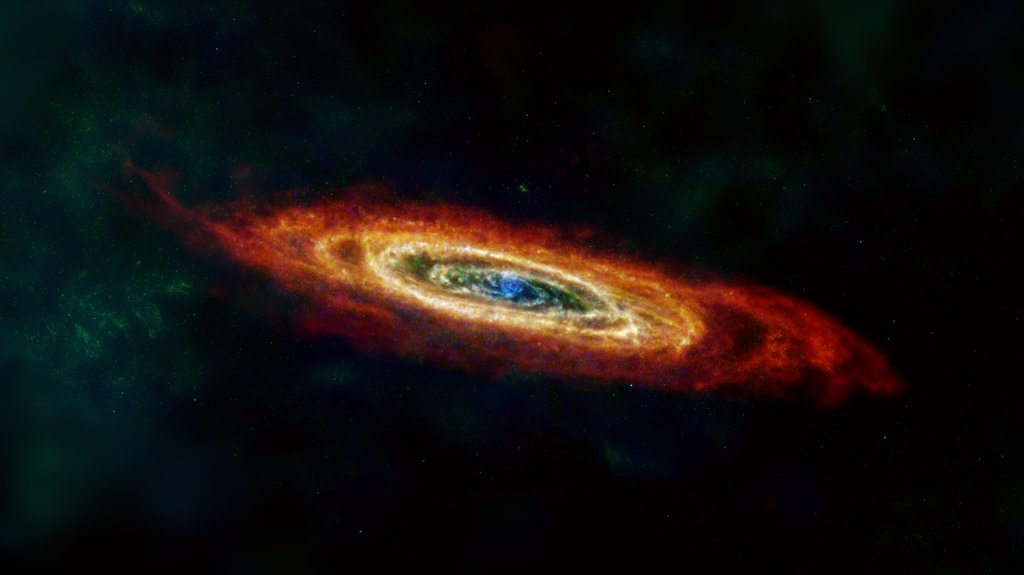 Red indicates hydrogen gas detected using the Green Bank Telescope in West Virginia, the Westerbork Synthesis Radio Telescope in the Netherlands, and the Institute for Radio Astronomy in the Millimeter Range 30-meter telescope in Spain.