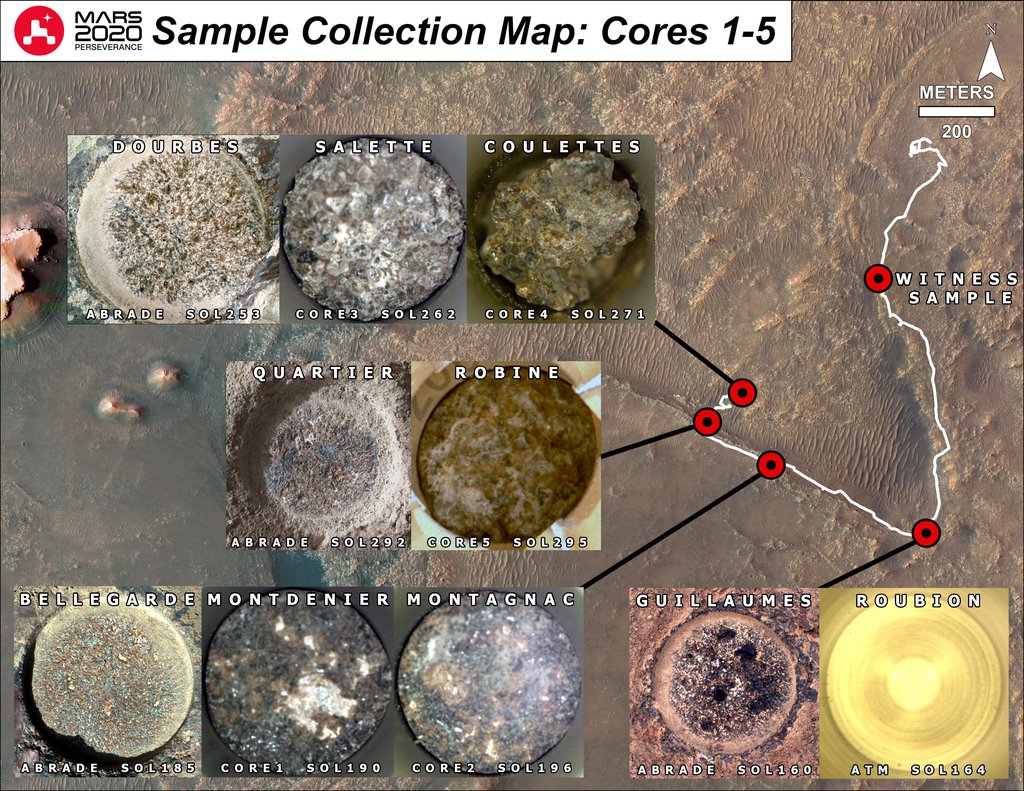 The name that the Perseverance science and operations teams used to define a rock target on the Martian surface appears at the top of each inset image. Also indicated is the Martian day, or sol, of the rover's mission and whether the image shows a target that has been abraded for proximity science or from which a core sample was taken.

Before collecting a sample, Perseverance uses its drill to abrade the upper few millimeters of the rock surface close to the intended coring target. Those inset images annotated with the word "abrade" were captured by the rover's WATSON imager. Those with "core" were taken by the rover's CacheCam, which visually inspects a sample tube after a coring event takes place.