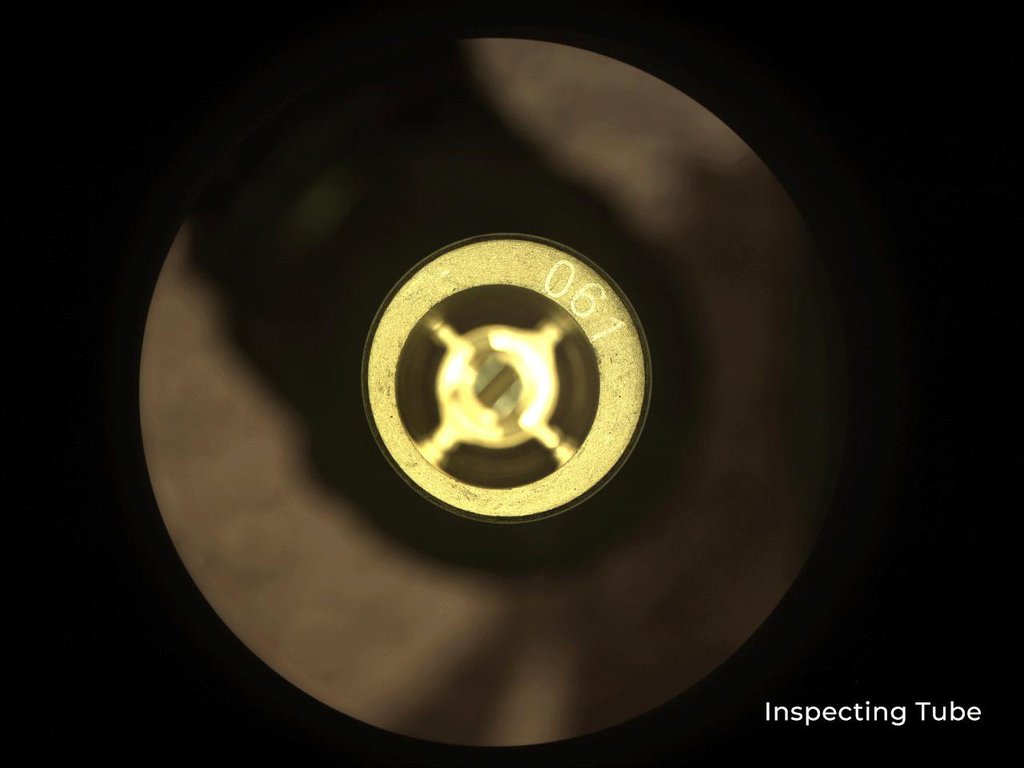 As part of its search for signs of ancient life on Mars, Perseverance is the first rover to bring a sample caching system to the Red Planet that will package promising samples for return to Earth by a future mission. This series of images shows NASA's Perseverance rover inspecting and sealing a "witness" sample tube on June 21, 2021 (the 120th sol, or Martian day, of the mission), as it prepares to collect its first sample of Martian rock and sediment.

Witness tubes are similar to the sample tubes that will hold Martian rock and sediment, except they have been preloaded with a variety of materials that can capture molecular and particulate contaminants. They are opened on the Martian surface to "witness" the ambient environment near sample collection sites. With samples returned to Earth in the future, the witness tubes would show whether Earth contaminants were present during sample collection. Such information would help scientists tell which materials in the Martian samples may be of Earth origin.

The sampling system's dedicated camera, the Cachecam, captured these images.