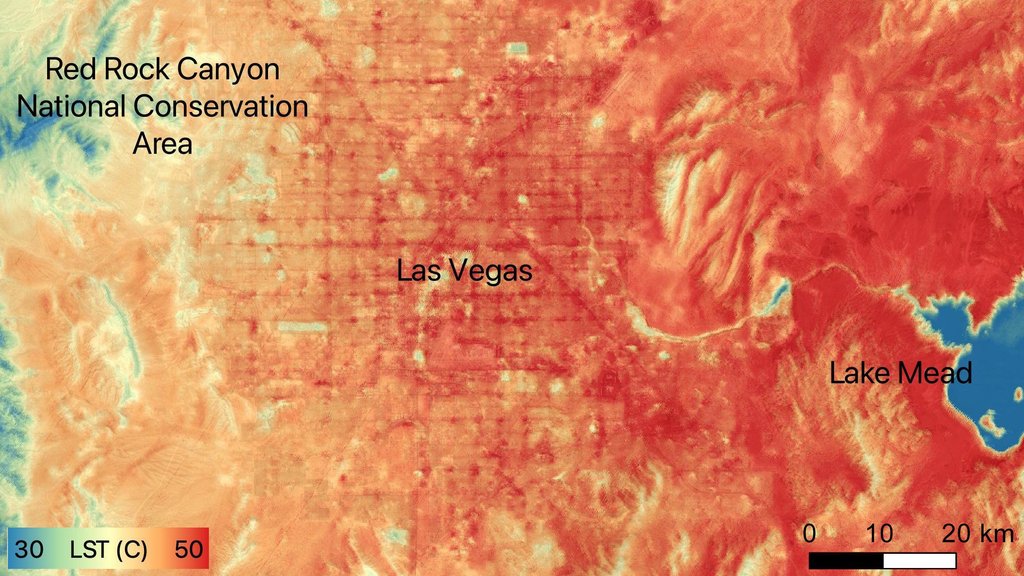 Within the city, the hottest surfaces were the streets – the grid of dark red lines in the center of the image. Pavement temperatures exceeded 122 F (50 C), while the exteriors of downtown buildings were a few degrees cooler than paved surfaces. Suburban neighborhoods averaged about 14 F (8 C) cooler than pavement, and green spaces such as golf courses were 23 F (13 C) cooler.

Cities are usually warmer than open land because of human activities and the materials used for building. Streets are often the hottest part of the built environment due to asphalt paving. Dark-colored surfaces absorb more heat from the Sun than lighter-colored ones; asphalt absorbs up to 95&percnt of solar radiation and retains the heat for hours into the nighttime. In this image, patches of dark-colored volcanic rock south of Lake Mead are also noticeably hot.