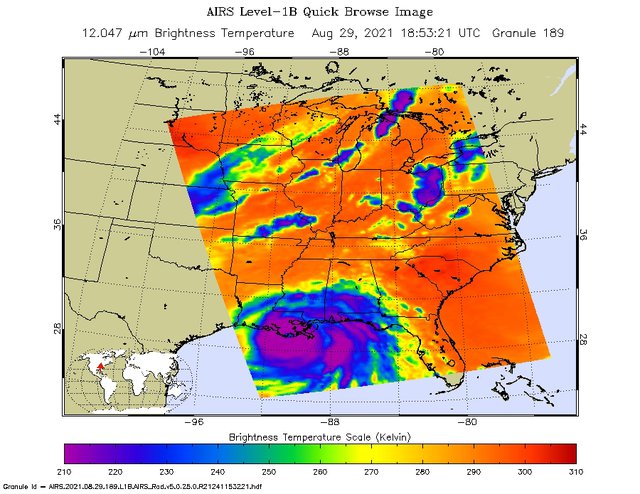 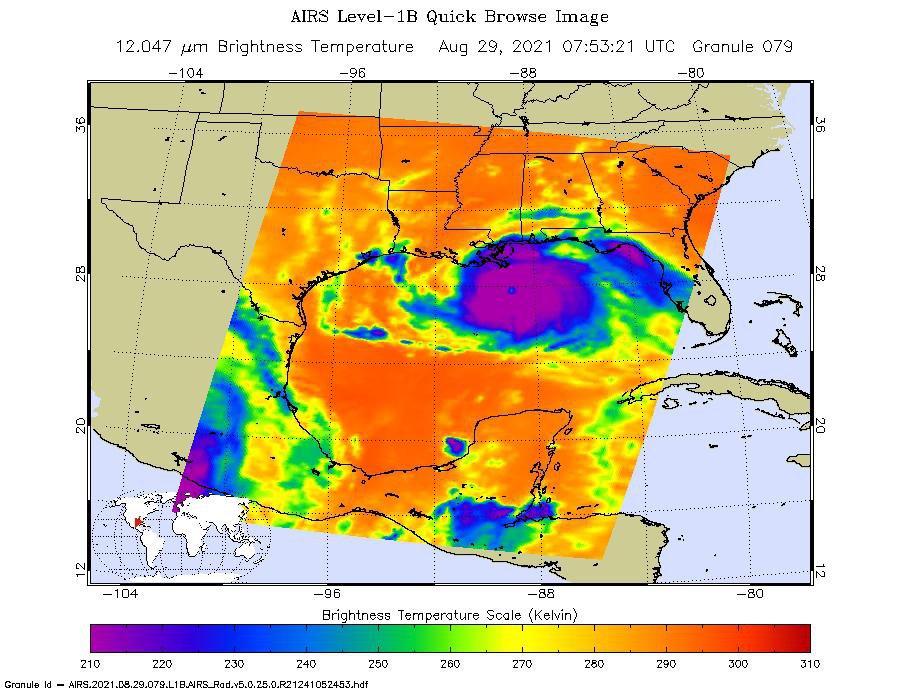 NASA's Atmospheric Infrared Sounder (AIRS), aboard the Aqua satellite, caught views of Hurricane Ida as the high-end Category 4 storm swept ashore around noon local time on Aug. 29, 2021, near Port Fourchon, Louisiana. One snapshot showed the hurricane around 3 a.m. that day while it was still over the Gulf of Mexico. The second view (Figure 1) caught the storm around 1:45 p.m. local time.

In the infrared AIRS imagery, purple areas indicate very cold clouds carried high into the atmosphere by towering thunderstorms. These regions are also associated with heavy rainfall. Blue and green indicate warmer areas with shallower rain clouds. The orange and red areas represent mostly cloud-free air. The eye of the hurricane is seen just over the Louisiana coast as a small blue-green area in the middle of the large patch of purple in the after-landfall image.

AIRS, in conjunction with the Advanced Microwave Sounding Unit (AMSU), senses emitted infrared and microwave radiation from Earth to provide a three-dimensional look at the planet's weather and climate. Working in tandem, the two instruments make simultaneous observations down to Earth's surface. With more than 2,000 channels sensing different regions of the atmosphere, the system creates a global, three-dimensional map of atmospheric temperature and humidity, cloud amounts and heights, greenhouse gas concentrations, and many other atmospheric phenomena. Launched into Earth orbit in 2002 aboard NASA's Aqua spacecraft, the AIRS and AMSU instruments are managed by NASA's Jet Propulsion Laboratory in Southern California, under contract to NASA. JPL is a division of Caltech.